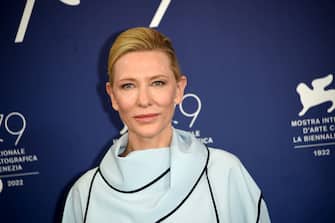 One of the shining stars of this edition has already arrived in Venice, Cate Blanchett. The Australian actress came to the Lido to present Tár by Todd Field, the film about a German conductor who must make her way in a world that has never made room for women before

The New Boy, the film with Cate Blanchett

He is part of the cast of Tár also the great German actress Nina Hoss, also present at the Festival

Venice 79, the red carpet of the opening ceremony

British actor Bill Nighy is part of the cast of Livingthe adaptation of Akira Kurosawa’s masterpiece To live. The film directed by Oliver Hermanus is presented today out of competition

Hilary Clinton on the red carpet too

Master Gardener of the fresh Golden Lion for Lifetime Achievement Paul Schrader brings Sigourney Weaver back to the Lagoon, the great actress who will always remain in our hearts like Ripley’s Alien

Sigourney Weaver, up and down the red carpet

Oscar-winning director Alejandro González Iñárritu is one of the great authors of this festival. Today he presents a very personal film in Venice: Bard