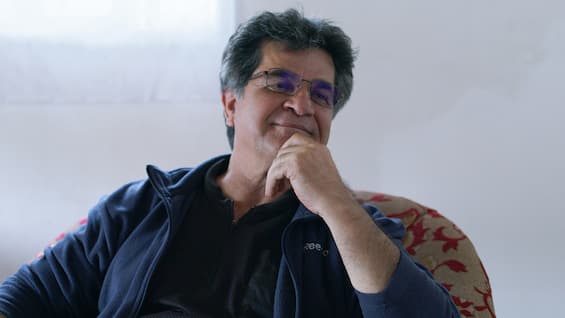 Bears don’t exist in Iran. At least a few stuffed teddy bears. Unfortunately, however, there is a sentence that sentenced the director of the film Jafar Panahi to six years for propaganda against the system. The penalty prevented the Iranian filmmaker from being present at the Lido. But his work, in competition at the 79th Venice Film Festival (THE SPECIAL) testified, once again, that cinema can be an effective means of narrating reality, through fiction. And never like in this to associate the necessary adjective to a film, is not a habit, nor a forcing, but an act of justice, Gli bears do not exist – No Bears will arrive in Italian cinemas starting from 6 October distributed by Academy Two

Wi-fi is not the thing that works best in an Iranian village on the border with Turkey. On the other hand, superstition, censorship, injustice work great. So the director protagonist of the Bears do not exist (played by Panahi himself finds himself confronted with the inhabitants of a rural village. of this filmmaker from Tehran. And while Jafar remotely directs his crew, two stories develop and proceed in parallel, threatened by incomprehensible traditions, obsolete corrective beliefs, hypocrisy

The Bears do not exist, as in a sort of “mass into the abyss is a sort of mirror in which the private and public story of Panahi is reflected, The filmmaker, author of masterpieces such as Tehran taxi or Three faces he was convicted of propaganda against the system.

He was arrested on 11 July after going to the Tehran prosecutor’s office to get updates on the case of another arrested director.

Panahi must serve a six-year prison sentence that was imposed on him in 2010 and never applied, explained the judicial authority.

Panahi was sentenced in 2010 to a total of six years in prison … and then he was taken to the Evin Detention Center to serve his sentence, “spokesman for the judiciary Massoud Setayeshi told reporters.

Sometimes even with a tight budget and a cast reduced to a minimum you can make a powerful and unforgettable work. It is the case of Gli Orsi do not exist. One is free only in limitations, said Fassbinder. So that confined to a remote village, Panahi he tries to broaden horizons, overcome borders, but the obtuseness of the bureaucrats, the anti-historical perspective of a country chained by its own beliefs, makes this cinematic journey bitter. Yet, at the end of the screening, there is a sense of gratitude. Because there was the opportunity to witness an opera shot in clandestine, a window on a terrible world, but which is important to tell. And once again Art, when it is authentic, can win over everything.