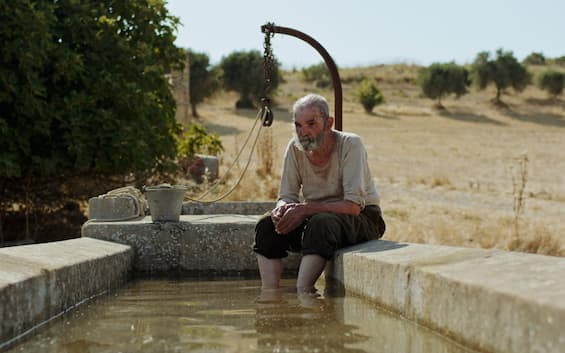 Freely taken from ‘The wind and other tales’ by Antonio Cossu, the sixth feature film by Salvatore Mereu, is the only Italian film in competition at the 19th edition of the Venice Days, and of which the protagonist is an archaic Sardinia without frills, together with an old farmer (Peppeddu Cuccu) and a young boy (Giovanni Porcu). Bentu, in Italian Vento, is a (timeless) story about time and the now disused attitude to live it in the awareness of the here and now; without haste or distractions, in total harmony with the environment that surrounds us and its rules. The last effort of the Sardinian director is the story of the relationship between Raffaele and Angelino, the two main characters, a story set in the 50s that feeds on patience and expectations and becomes metaphor of the eternal challenge between man, nature and modernity.

the words of the director

“Reading the story by Antonio Cossu that inspired this film, I found many of the themes dear to me. The world of childhood first of all, that of suspended time, of man’s challenge with nature, of the difficult landing on modernity when there are the sediments of a great archaic civilization that resists Bentu it is also the story of a friendship, of a human relationship, that between the old Raffaele and the little Angelino, which matures through an apprenticeship, initiation, and is lived in a condition of total isolation in a place and at a time where even the arrival of a threshing machine can be greeted as the passage of a comet “.

Luca walnut’s journey back in time

Behind the film scripted by Mereu, who for years has alternated his main activity with that of image education teacher, there is the result of the didactic experience that the director has been carrying out for ten years with the students of the master’s degree course. in Multimedia Production of the University of Cagliari. And for which, as he tells us Luca Noce, Bentu’s set designer, Mereu was a real mentor on set. “I am happy and proud to have signed the scenography of the new Mereu film, and also to have collaborated with a crew partially made up of students who proved to be more than equal to the situation, and for whom Mereu was almost a father”. After also working for Assandira (out of competition in Venice in 2020), we asked Noce what kind of Bentu’s trip was and how the scenography was inserted in such an authentic and reduced to essence context. “The scenography is almost transparent, it reflects the poverty and accompanies the truth of the story, a very poetic story in my opinion. The journey that I lived through the film was in the name of nature, I didn’t even remember how beautiful it was to walk immersed in a sea of ​​wheat moved by the wind. It was like going back as a child, back in time, to the age of our great little actor Giovanni“.

the plot of the movie

Raffaele has just collected his small pile of wheat which will be a whole year’s supply. In order not to be caught unprepared, he has been sleeping for days in the countryside, far from everyone, waiting for the wind to arrive and help him finally separate the grains from the straw. But the wind doesn’t want to be seen. Only Angelino comes to see him every day to make him feel less alone. One day, perhaps, when he is grown up, Raffaele will be able to lend him his indomitable mare and he will finally be able to ride her. But Angelino doesn’t want to wait.