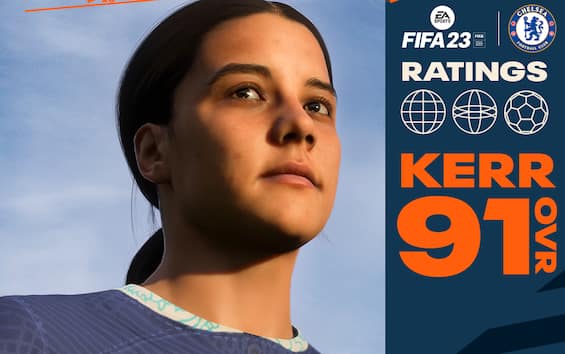 At the launch of Fifa 23, scheduled for September 30, fans will be able to play as women’s club teams for the first time in EA Sports history. That’s why the well-known video game producer has decided to unveil the ranking of the best female players in the upcoming title for the next videogame season. A choice, the company says, which aims to “celebrate the skill, ability and power of some of the best athletes who are conquering the field and the world”.

At the first, with a total value of 92, stands the Spanish Alexia Putellas. They are followed, all at 91, by Chelsea player Sam Kerr and Lyon players Wendie Renard and Ada Hegerberg. To close the top five, Marie-Antoinette Katoto of Paris Saint-Germain (90). Among the top ten, also the English Bronze (also with 90 strength) and the Norwegian Hansen (always 90), in eighth place ahead of Endler and Miedema (both at 89). Among the names to note in the rest of the standings, Lauren Hemp of Manchester City (21st with 87) and Jenni Hermoso, 15th with 88 like national teammate Sandra Paños.

Among the women’s leagues present in Fifa23, there will be the Barclays Fa Women’s Super League and the Division 1 Arkema. There will also be dedicated cups, such as the Figa Women’s World Cup Australia / New Zealand, which will be made available through an update following the launch of the title. Additionally, in this year’s edition HyperMotion2 technology will offer double the data acquisition to unlock new features, including female gameplay. The Dedicated Advanced 11v11 Match Capture system was used to film a high-intensity 11v11 women’s match, with in-game animations that make the athletes’ movements more realistic than ever.