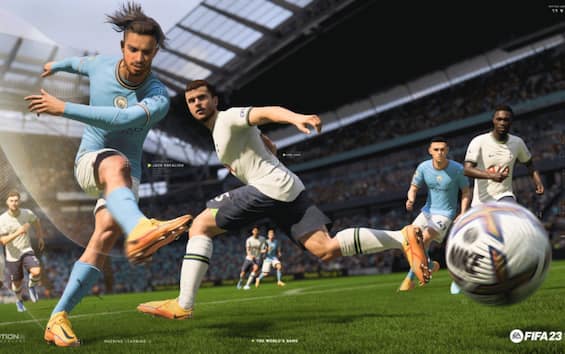 After almost 30 years with Fifa 23 an era ends, but perhaps a new era for football simulations also begins. In fact, the last chapter of the series signed by Electronic Arts sanctions the closure of the partnership with the leading international football organization, however, leaving a glimpse of that could be the new frontier for what will be called EA Sports FC from next year. The production house makes it known that on the licensing front, nothing will be affected, and fans will be able to enjoy the pleasure of playing with (almost) all the teams of the most important championships and wearing the shoes, indeed the shoes, of their favorites. By the way, as far as the Serie A tournament in the game is concerned, the big news is the return of Juventus, gloriously replaced in the last three years by Piemonte Calcio. In terms of new purchases, in the coaching mode career one cannot fail to mention the possibility of impersonating Ted Lasso, the mustachioed protagonist of the Apple TV series, and how the agreement with Marvel promises wonders for the customizations of the beloved Ultimate Team. . In Fifa 23, among the options already seen in recent years there are also career, Volta (street football, a bit tamarro but effective to give more depth to the title), women’s football with the possibility of anticipating the next World Cup beyond obviously to the upcoming men’s one in Qatar.

But we were talking about the new frontier that seems to open despite the impression being that of a largely conservative title, at least from the point of view of the “look and feel” and of the menus largely taken from the previous edition. Fifa has always distinguished itself, however, compared to its historical rival Pes (which in the meantime has in the meantime changed its name to eFootball and embraced the path of free to play) for greater speed of play, a frenzy more of an arcade than a simulation, while in this latest incarnation overturns its nature. A pleasant surprise for fans who can now combine the boundless number of licenses and the spectacular gameplay of Ea’s to the care for the realistic aspects and the accuracy of the game maneuver of Konami. If EA Sports Fc follows in the footsteps of Fifa 23 it could be the dawn of the synthesis of the perfect football video game. Considering also the possibilities and the realism that the new generation consoles guarantee to the product.

Coming to our test, the game proves to be easy to access even for newbies. While waiting for the complete loading, you can play a match that already reveals the characteristics and above all dynamically adapts to the gamer’s skill. After going into double disadvantage, for example, we found ourselves completing a comeback in a short time, finding the first impact with the game not at all frustrating. The unpredictability of the course of the match is very high, and involves gross errors alternating with amazing feats. To increase the realism of the race, once we have found the right level, there is, as we anticipated, the pleasure of finally being forced to set up choral actions instead of relying on the over-evaluation of the champion in the team. To score goals, therefore, it will no longer be enough to trust in the personal action of the ace on duty, and the dynamics of the shots have also been modified, especially for those from outside the area, which increase the power, but also the difficulty of realization due to time. loading. We found similar realism in the defensive phase, with really convincing duels in respect to the physics of the bodies and not only to the ability to the joypad.

A realism never seen before

The graphics, at least on new generation consoles, are amazing, also thanks to the HyperMotion 2 technology that uses over 6 thousand animations to faithfully reproduce the action. This required motion capture footage of two full full matches played by professional teams, including a match between female teams, as well as data from five training sessions. Topping it all off is a machine learning algorithm that takes realism to levels never before seen in the series.

Fifa 23 supports cross-play between players of the same generation of platforms, allowing you to connect with friends and compete in 1v1 mode, including Ultimate Team and Online Friendlies. A new mode has been introduced for FUT, FUT Moments, which features challenges based on different scenarios and a renewed chemistry that allows more flexibility in building your own custom team. In short, a really large number of opportunities, waiting to find out what the future of a game that will remain in the history of videogames really will be.