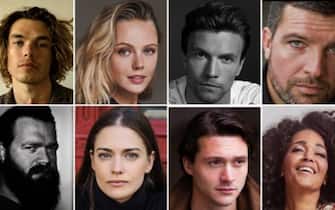 Set in the 11th century, in medieval Scandinavia, Vikings: Valhalla tells the adventures of Norse heroes who entered history and legend. Among them, the brave Leif Eriksson and his sister Freydis Eriksdotter and the prince of the North Harald Sigurdsson

WATCH THE VIDEO: Vikings: Valhalla – The trailer for the Netflix TV series

Sam Corlett will be Leif Eriksson. Grew up in Greenland, on the edge of the known world. His family is very close and they all grew up between various pagan beliefs. He is a fearless sailor and is ready to explore new worlds

The 15 American TV series that marked the 2000s

Frida Gustavsson will be Freydis Eriksdotter, pagan and stubborn, she is a faithful believer in the ancient Gods. She is Leif’s sister and like him I will come to Kattegat as an outsider

Vikings: Valhalla, where we left off with Vikings: that’s what happened

Leo Suter will be Harald Sigurdsson. He is one of the last Berserkr, born into the Viking nobility. He will be able to bring together the followers of Odin and the Christians under the same wing

Vikings: Valhalla, the setting: all the locations of the tv series

Bradley Freegard is Canute. This is the king of Denmark. A wise but, at the same time, ruthless Viking leader. One of the most relevant figures in Viking history

Vikings: Valhalla, release date and cast: what to know about the TV series

Jóhannes Jóhannesson will be Olaf Haraldson. He is Harald’s half-brother. A huge stern and ruthless Viking, member of the group of Christians who follow the doctrine of the Old Testament

Vikings: Valhalla – The official trailer for the Netflix TV series

Laura Berlin will be Emma of Normandy. Young and ambitious, she comes from the Norman court and has Viking blood within her. She is one of the richest women in Europe, whose great ability is to juggle the game of politics.

David Oakes will be Earl Godwin. He is the adviser to the King of England, who has risen so high thanks to his own political cunning

Caroline Henderson will be Jark Haakon. Great warrior who leads Kettegat. You have managed to bring together different faiths in a complex period to say the least

Pollyanna McIntosh will be Queen Ælfgifu of Denmark. You will be able to influence political power in northern Europe. She knows how to use charm and cunning effectively to succeed in climbing the political world

Asbjørn Krogh Nissen will be Jarl Kåre, considered by many to be a real threat to pagan traditions