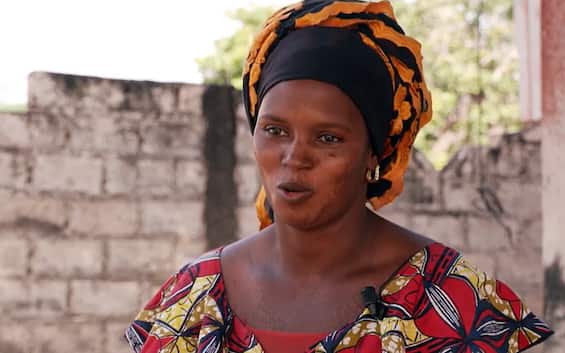 “When I saw the knife to be used to perform female infibulation, a knife I inherited from my grandmother because my mother died young, I did it once and I understood why so many people say it’s not a good thing to do . There are very dangerous, harmful consequences. I’ve decided to quit forever.” Fatoumata Seydi is a young woman from Kolda, a town in southern Senegal, not far from the border with Guinea Bissau, one of the areas where the practice of female genital mutilation is still widespread. She was destined, like her grandmother and mother before her, to infibulate the girls and boys of her village and neighboring villages, it was up to her to continue the family tradition, for this reason the only instrument necessary for the ‘infibulation: the knife. It was enough to see him and put himself to the test, just once, to say no and refuse too heavy an inheritance. She alone, she understood the dangerousness of the practice and the risk for the non-existent hygienic conditions, she explained to her family what she had understood.

Diseases and other dangers

“I explained to my family that it was not a good practice to do, I showed them the consequences, the risks of disease and the dangers faced by young girls who undergo the operation. They understood ”, she explains to us in the courtyard of her home where, today, she welcomes girls and boys in difficulty. At home, they asked her to keep her knife, like a family heirloom. The same knife that her grandmother had used to infibulate her when she was still too young to remember. She shows it to us, she takes it from the chest where she keeps it wrapped in a cloth. “A knife that will never have to be used again,” she tells us again.

Knives like Seydi’s have been an instrument of torture, in Senegal, for millions of women, infibulated between the ages of two and 12. Since 1999, a law has banned the practice in the country and yet, despite countless awareness campaigns, the phenomenon is still extremely widespread, especially in villages, in the most forgotten and rural areas. Hands tied, feet immobilized, girls and young girls undergo the removal of part of the female genital apparatus which is then stitched up leaving only a small hole and a trauma that can hardly be forgotten.

Master of your body

To overcome this shock, to avoid it, women like Fatoumata are now in the front row, women who were the first to rebel against this practice. They talk to the younger ones, explain risks, dangers and above all the possibility of saying no. To be master of your body and your life. They are the sensitizers, women who speak to women to save them.

The Battle of Kadiatou

Among the first to start this work of raising awareness is Kadiatou Boiro, a 14-year-old child bride who found the strength to rebel against her sixty-year-old husband and left. Since then, she has made her fight against female genital mutilation her cause, also supported by her second husband and her family. Since 2003 she has been touring villages and hospitals, going wherever they call her, hosting girls and women in difficulty and, to all and all, explaining what happens to the body when female circumcision is practiced, the risks involved. We meet her in Kolda.

The importance of knowing

“The girls I meet are happy to know, to understand things they don’t know. Everything you don’t know, if explained, is understood and they are really happy about it”, says Boiro. Then he continues: “There are girls who come to me with the knife that has been handed down to them, they ask me and I explain it to them. Some stay at my house, they can study there, go to school. It is the elderly who push for this practice despite being told that it is not a thing to do”. After a while, the woman leaves us to join a mother and her two daughters who are waiting for her because they need her, her advice and her words. She helps to understand what genital mutilation is but also respect for one’s body and for one’s person, for one’s life.

Babacar Sy and the Amref project

Education, education and knowledge are the weapons to eradicate a phenomenon that changes the lives of millions of women. And at work to help and save these women there are girls and boys, adults and adults engaged in awareness campaigns that they carry around in the villages, among the people. Babacar Sy is the coordinator of the Kolda youth center, where an Amref project is concerned with raising awareness among the youngest.

“After infibulation there is a small hole where urine and the menstrual cycle pass. It’s a very complicated thing because most girls think they were born this way, because no one explains to these girls what infibulation is”, she explains. “A practice that is practiced to prevent young girls from having a sex life but which has very serious consequences, these girls do not know their anatomy” he explains”, he continues. Then he concludes: “When a girl gets married she undergoes defibulation, that hole is opened and it is a second violence for them, forced once married to sexual intercourse for a week after the operation to avoid scarring.These girls experience excruciating pain which they associate with their husbands.’

The sexual act first, then childbirth. Important traumas if not real torture for those who have undergone genital mutilation. Illnesses, impairments, psychological and sexual problems. For thousands of girls, even disability. Sally Radio was two years old when she had female circumcision and she hasn’t walked well since. She learned what her mother had done to her: it was she who enforced respect for a tradition that is still firm in some areas. Over the years she has had three operations to try to walk properly again but without crutches she still cannot move. Today you are one of Amref’s ambassadors.