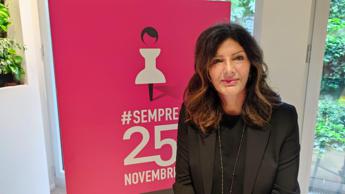 “Unfortunately, gender-based violence is not a situation that only occurs in certain social contexts, but is close to us and can concern events that are very different from what we would normally imagine. We want to invite all people to denounce and help those who experience situations of violence. We all have to do something.” So Angelica Orlando, vice president of Sorgenia, on the sidelines of the presentation of the fifth edition of #Sempre25novembre. The initiative includes ten podcasts that tell the stories of those who have witnessed cases of violence, an e-book that collects them and a theatrical performance open to the public that brings the stories to the stage, in Milan on November 24 with free admission, on the eve of the International Day for the Elimination of Gender-Based Violence.


“To combat the phenomenon of gender-based violence, it is essential to spread a culture of inclusion and raise people’s awareness of non-violence – continues Orlando – We need to start from the youngest, from schools. Involving people in the project that young people can identify with, such as Momo and Raissa, Cathy La Torre and Enrica Scielzo, helps us raise awareness among young people. The associations are also very important; they have collaborated with us from the beginning and in the area they carry out a fundamental activity of support for women who are leaving a path of violence. This year we will help the Pangea Onlus Foundation by donating one euro for each download of the e-book. The proceeds will support the Reama project which helps women to report also through the digital medium”.