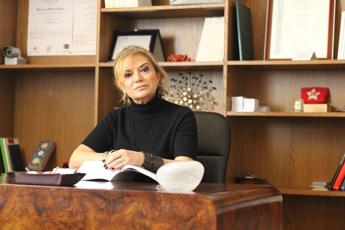 “Although the Italian legal system has been enriched in recent years with regulatory instruments both in civil and criminal matters, I am thinking in particular of the Red Code, there is still a lot of work to be done on the subject of gender-based violence”. how much declares Maddalena Cialdella, psychologist, psychotherapist, Ctu for the Court of Rome and expert on family conflicts.


“The data relating to the first quarter of 2022, as emerges from the Istat report – he explains – confirm the data according to which the victims who contact 1522 more frequently report physical violence as the one they mainly suffer, but one cannot ignore the violence and psychological abuse, more subtle and invisible but equally disabling”.

“Psychological abuse is the most difficult to demonstrate, because it does not leave bruises and black eyes, but it is still ferocious – he still remembers – it is made up of punches thrown with looks, of kicks given with words, of slaps dealt with absences , silences and refusals. Or implemented with behaviors that aim to exercise power and control over the other. From money management to the installation of cameras in the house or software on mobile phones”.

“Without forgetting the incessant disqualifications, which tend to make the woman feel continuously incapable and inadequate to arrive at the ‘disconfirmation’ -continues Maddalena Cialdella- a form of communication through which the abuser even manages to make the victim start to doubting herself, her perception of reality to the point of making her feel disoriented, inadequate and even developing the idea of ​​being ‘crazy’ to the point of thinking that the vision proposed by her attacker is the right one”.

“But violence is a complex and transversal phenomenon – continues the psychologist – because in most cases the violent man is the partner and the fact that the violence is within an intimate relationship makes everything more difficult. There is no it is the social class that cares, unfortunately violence is ‘democratic’. Specific and necessary training cannot be deferred – he concludes – the support of us psychotherapists called to rebuild balances, mend, recompose traumas restoring dignity to the lives of these deeply wounded women “.