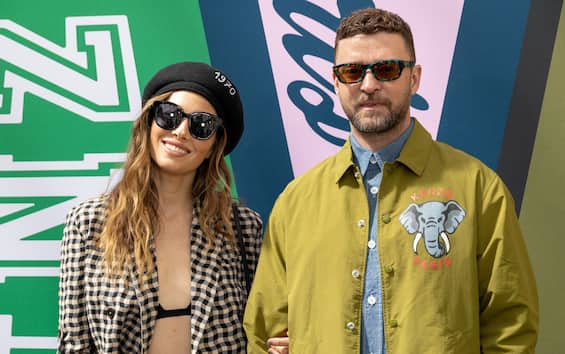 There Sardinia, after a few years of apparent obfuscation, it is once again the favorite destination of VIPs from all over the world. The crystalline waters of the island are once again populated by large yachts and the most prominent personalities of the international showbiz have returned to be seen in the luxury hotels of the Costa Smeralda. Covid had exacerbated a decline that had begun a few years earlier but in the first real summer of freedom, Sardinia returned to shine among the destinations chosen by the VIPs and so here is that familiar faces reappeared on its beaches. Among the famous international people who landed on the Sardinian island stand out, among others Jessica Biel and Justin Timberlake, more in love and accomplices than ever. The two seem to have perfectly overcome the crisis that hit them some time ago and are now ready to enjoy their life as a couple.

Passion in Sardinia for Biel and Timberlake

From the sightings made in Sardinia, Justin Timberlake and Jessica Biel seem more in love than on the first day. Kisses and effusions they are not lacking in the couple, so much so that someone talks about a second honeymoon for the two. Timberlake and Biel have rented a large yacht with which they sail along the Sardinian coast, occasionally dedicating themselves to some descents to the beach, even if it is when they are on board their boat that they give their best. The paparazzi mark them tightly and the two are under surveillance even if they seem not to care about what is happening around them. They love to try their hand at sexy and highly erotic ballets, but also indulge in passion during long moments of relaxation under the warm Sardinian sun at the end of July. They laugh and joke like kids on their first vacation together and the clouds that had thickened over their love story three years ago, when the actor and singer had been photographed in ambiguous attitudes in the company of Alisha Wainwright on the Palmer set. He had apologized to his wife who, in the name of great love and the family under construction, she had decided to forgive him.

The couple’s love for Italy

It is certainly not news that Justin Timberlake and Jessica Biel are spending their holidays in our country. The couple have always said they love Italy and spend a lot of time here with us in their free time. Many will surely remember that Timberlake and Biel, in 2012, chose to get married in our country. On that occasion they opted for the Puglia: it was a Thousand and One Nights wedding for the Hollywood couple, who, 10 years after their wedding, decided to enjoy a second honeymoon in Italy.