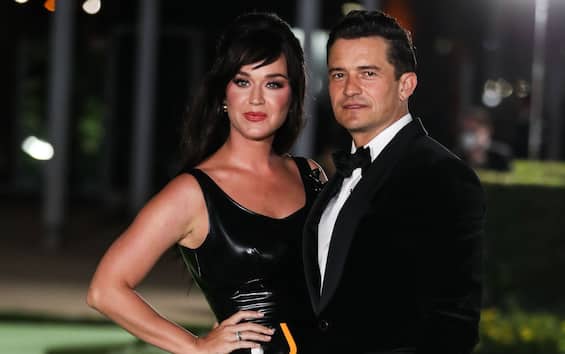 Katy Perry and Orlando Bloom were on vacation on the Amalfi Coast. For the pop star it is a return after five years from that post-breakup holiday (with the actor) that she took in the company of some friends. This time, together with the couple, there was also the daughter Daisy Dovetwo years.

Katy Perry, Orlando Bloom and their daughter spent a few days aboard their yacht and stopped first in Positano and then to Amalfi: here they visited the Duomo, trying not to be recognized. Despite the discreet outfits, hat and glasses, the couple was noticed by some passers-by, who immediately asked for photos and autographs. Even before that the famous family was stop in Capri to participate in the LuisaViaRoma charity event for Unicef. Not only that: the singer in Capri shot the new commercial of the line Devotion by Dolce & Gabbana, directed by Oscar winner Paolo Sorrentino. Perry and Bloom therefore took the opportunity to spend a few days of vacation in some of the most beautiful and famous places in Italy. Katy Perry and Orlando Bloom were then immortalized by numerous fans also in Ponzainside the Eden club restaurant, while they spent the evening with some friends.

The 37-year-old singer has made it known that she wants to further expand the family. At the weekly People the interpreter of I kissed a girl revealed that she would very much like to give a little brother or a little sister to Daisy Dove. “I’m a planner, so we’ll see,” said Katy Perry. Daisy Dove was born during the worst period of the Covid emergency. “It was an interesting experience having a child during Covid because everything stopped, besides her arrival,” the artist told People. “I love the moments I’m having with my daughter now, she’s adorable and she’s already a little performer.” Just like mom and dad. About her boyfriend Orlando BloomInstead, Katy Perry made some confessions during the podcast Dear Chelsea, hosted by comedian Chelsea Handler. “I always say that when she walks into a room she brings her joie de vivre. And many are wondering: ‘What is wrong with this guy?’ ”Said the singer. “He’s just happy, positive, while I’m more prone to depression. In a certain sense, therefore, for me it is very nice to have him around, he always makes me go a little crazy ”.