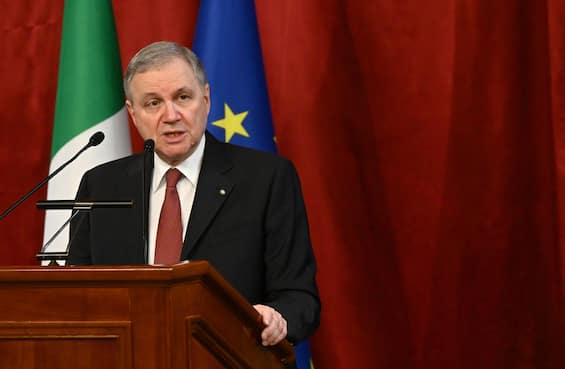 The governor of the Bank of Italy, on the sidelines of the works of the International Monetary Fund, warns that our country will experience a “sharp slowdown” after a year that has been better than expected. For next year it will be very difficult to do much better than “substantially zero growth.” And he adds: “You cannot have a broad-spectrum budget policy when you have public debt like the one we have”

Italy will experience a “severe slowdown” in economic terms in 2023 after a year that has been better than expected. According to the Bank of Italy, “next year it will be very difficult to go much better than we think, that is, close to essentially zero growth.” The governor of the Bank of Italy, Ignazio Visco, on the sidelines of the Fund’s works International Monetary, explains that “these months until the summer have gone much better despite the very serious effects of the increase in the price of energy.” what we have. So you have to be very careful and this is the crucial point “.

Visco’s words to the IMF

In an economic environment dominated by uncertainty – the estimates “cannot be taken as timely” – Visco notes that during the Fund’s meetings the fundamental question is what can be done for the economy struggling with rising prices. “Monetary policy cannot support the economy as it did during the pandemic and must be very careful to avoid spiraling between prices and prices, prices and wages, and that inflation expectations do not tend to rise because they lead to behind the rates – explained Visco -. In this sense, monetary policy quickly normalizes in order to be more relaxed but the cost for the economy is there, this is a tax and we must avoid that this tax is able to generate upward movements of all prices “.

Visco: “It is not monetary policy that causes the economy to fall”

The governor of the Bank of Italy then observed that “it is not monetary policy that causes the fall of the economy. It is inflation that causes this because it takes away purchasing power, income. The Ukrainian crisis also takes away certainty in trade. international”. On monetary policy, there is a discussion about whether it must be “very strong and aggressive now to avoid having to be later, or if given the differences between different areas of the world – areas where there is a lot of demand pressure such as in the States United and areas where there is substantially less pressure even on the labor market as in the euro area – it must be equally aggressive and strong, “Visco highlighted, evaluating a normalization of monetary policy” essential “, it must be” gradual and continues, with a cool head and the ability to move forward without hesitation but at the same time being careful not to create financial stability risks with it. Someone says that it is a thin path, someone says that it is the difficult ridge: we must be careful not to fall though you can not help but go along this. The crisis did not generate it monetary policy, it generated a terrible war that must end and this is beyond the limit. monetary policy “.

Visco’s words on the spread

To those who asked him about the Italian spread, Visco replied: “I believe that our spread reflects perhaps differences between countries and public debt situations that are not such as to determine these values. I must say, however, that this depends on the perceptions of those who operate in markets, which defends the interests of those who save and not just speculation, is the fear that there may be very serious risks and for this reason budget policies are asked to be careful and prudent “. This is why Visco recalls “the two watchwords of central banks: temporary and targeted”, repeated like a mantra also by the Fund.