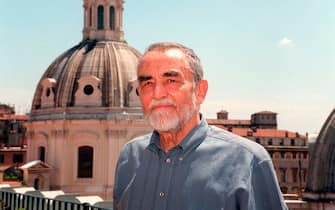 On 1 September 1922 Vittorio Gassman was born in Genoa, one of the greatest Italian actors of the twentieth century but also director, screenwriter, voice actor, presenter. Nicknamed the Showman, from the TV show he conducted, he died in 2000 in Rome. Versatile and perfectionist at work, in his career he has interpreted different genres, alternating cinema, TV and theater and collected various awards (including the Golden Lion for his career). Today, 1 September 2022, he would have turned 100: we celebrate him with a selection of 10 of his most beautiful films

Bitter Rice, 1949. In this film by Giuseppe De Santis, set among the rice paddies of Vercelli and considered a classic of Italian neorealism, Vittorio Gassman plays Walter: he is a convict who pushes his lover to steal a necklace and then runs away with her to escape the police. Alongside him are Silvana Mangano and Doris Dowling. The film received an Academy Award nomination for Best Story. In addition to Italy, he was also lucky in French cinemas

The best films of Vittorio Gassman

The usual unknowns, 1958. Another film that has entered the history of cinema, which marks the birth of the Italian comedy and is nominated for the Oscars as best foreign film. Directed by Mario Monicelli, it is inspired by the novel Theft in a pastry shop by Italo Calvino. In the cast also Marcello Mastroianni, Totò, Carla Gravina, Renato Salvatori, Claudia Cardinale. Gassman is the stammering boxer Peppe Er Pantera, one of the members of the gang set up to break into the safe at the Pawnshop. Wins the Silver Ribbon for Best Actor

The great war, 1959. Vittorio Gassman is directed once again by Mario Monicelli, in this masterpiece that gets the Golden Lion in Venice and the Oscar nomination for best foreign film. It is set in the years of the First World War, with the dramatic and ironic tale of two men who, despite themselves, end up in the trenches: Gassman is the Milanese Busacca, while Alberto Sordi is the Roman Jacovacci. In the cast also Silvana Mangano. It is considered one of the fundamental titles of Italian cinema

How many “years” do you write: Gassman or Gassmann?

Overtaking, 1962. Vittorio Gassman is Bruno Cortona in this masterpiece by Dino Risi, a manifesto film of Italy in the 1960s written together with Ettore Scola and Ruggero Maccari. The actor plays an exuberant and superficial 40-year-old who on the day of August 15th, aboard his Lancia Aurelia, meets Roberto Mariani (Jean-Louis Trintignant), a shy and poised young student. He wins, among other things, a David di Donatello and a Nastro d’Argento for best leading actor

The loves of Vittorio Gassman. PHOTO

The monsters, 1963. Again Dino Risi directs Gassman in one of the most famous Italian episodic films. In the cast there is also Ugo Tognazzi. The film consists of twenty episodes, all disjointed from each other but set in the Rome of the early 1960s

Vittorio Gassman: how much do you know about the protagonist of the cinema? TAKE THE QUIZ

The Brancaleone Army, 1966. Comedy directed by Mario Monicelli, blockbuster and considered one of the greatest masterpieces of Italian cinema. Gassman is the ramshackle knight Brancaleone from Norcia: clumsy and unlucky, to try to earn honor and dignity he goes around Italy in search of girls to save. Together with his travel companions, he is the protagonist of amusing misadventures. Since then, in the collective imagination, the Brancaleone army has been synonymous with unlikely and disorganized enterprises

In the name of the Italian people, 1971. Gassman is once again directed by Dino Risi. He plays the cynical entrepreneur Lorenzo Santenocito, accused of murder and ready to do anything to avoid trouble with the law. Next to him is Ugo Tognazzi, in the role of the magistrate Mariano Bonifazi who wants to nail Santenocito

Scent of a woman, 1974. It is one of Gassman’s most popular roles, which is honored for Best Male Performance at the Cannes Film Festival. The film, directed by Dino Risi, is the transposition of the novel Darkness and honey by Giovanni Arpino and gets two Oscar nominations (best foreign film and best non-original screenplay). The actor is Fausto Consolo, a retired captain who was blinded after a grenade exploded. He leaves for Naples to join a friend and commit suicide together. Accompanying him is an 18-year-old soldier (Alessandro Momo)

We loved each other so much, 1974. In the same year Gassman is the protagonist of another classic of Italian cinema, signed by Ettore Scola. The cast also includes Nino Manfredi, Stefano Satta Flores, Stefania Sandrelli and Giovanna Ralli. The film tells the story of three partisans who met during the liberation war and then meet again after years, when many things have changed

The family, 1987. Another melancholy portrait of Italian society, directed by Ettore Scola. It tells the story of a Roman family from 1906 to 1986. The cast also includes Stefania Sandrelli, Fanny Ardant, Sergio Castellitto. Vittorio Gassman has a double role: first he is the grandfather of the protagonist Carlo, then Carlo himself as an adult and as an elderly person. He wins the David di Donatello as best actor, for an interpretation considered among the most intense of his career