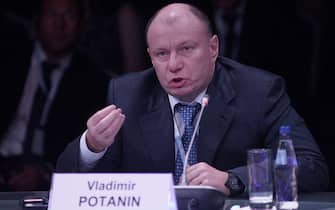 The oligarch Vladimir Potanin is one of the loyalists of the President of Russia Vladimir Putin and is the second richest man in the country. Yet he has so far always remained out of the list of personalities who have been sanctioned by the EU and the US after the outbreak of the conflict in Ukraine

WATCH THE VIDEO: Ukraine, ok to EU sanctions against Moscow but without Kirill

The reason for the exclusion from the black list would be related to yours mines in Siberiaproducing 15% of nickel and 40% of the palladium used in the world. If they were limited or blocked, this would create serious problems for the global economy

But who is Vladimir Potanin? The oligarch has 61 years old and an estimated 2021 fortune, according to Forbes, of 28 billion dollars. Very close to the “Tsar” Putin, he supported him from the beginning and shares a passion for hockey and skiing with the Russian president

After the sanctions, the Russian oligarchs run for cover: via locators from mega yachts

Potanin is the majority shareholder of Norilsk Nickela Siberian mining company among the main producers of nickel and palladium, two essential raw materials in particular in the technological and automotive sectors

Ukrainian war, Russian managers on the run: the vice president of Gazprombank leaves the country

War in Ukraine, this is how the oligarchs avoid sanctions against Russia

Potanin was an official of the Ministry of Commerce of the USSR until 1990. During the presidency Yeltsin reached the office of deputy premier (in this photo he is in the second row together with Roman Abramovich)

In 1995 he created the Russian program “equity loans“. These were auctions that allowed the asset clearance of Russian companies at prices below market prices and which are considered the moment founder of the Russian oligarchy

According to the New York Times, the auction plan is “almost universally regarded today as a act of colossal crime“. With the Uneximbank he founded, he made billions. Together with other very rich Russian men he was among the Kremlin’s financiers managing to get control Norilsk Nickel

The company was paid “only” 170 million dollarsthe same year it recorded revenues of $ 3.3 billion

Potanin is probably the only oligarch who got rich during the war and is theRussia’s number one economic ally. According to the Financial Times, he used his assets to buy stakes in major Russian banks. Since the start of the conflict, it is estimated that his assets have increased by about 10 billion