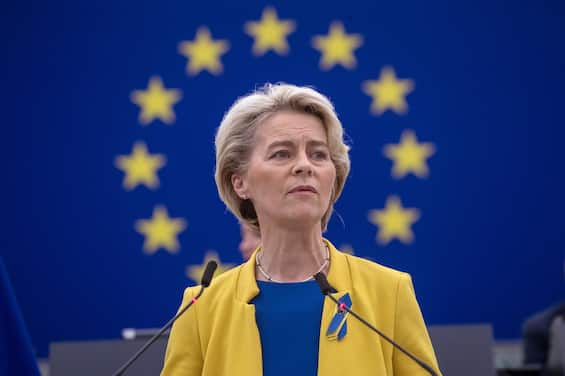 “Today begins a new era for Bulgaria and South Eastern Europe”. This was declared by the president of the EU Commission Ursula von der Leyen in the inauguration speech of the gas interconnector between Bulgaria and Greece, a project that has been on the table for over ten years. “It was launched in 2009, at a time of difficulty, when Bulgaria was hit hard by Gazprom’s decision to stop gas flows through Ukraine. It took a lot of determination to reach the goal, ”said the president, who then thanked the governments of Sofia and Athens.

“Our Union has supported the project from day one, both financially and politically, with a total contribution of 250 million euros”, added the president. For Bulgaria it is a decisive step, as it allows it to free itself from Russia, from which it received 80% of its gas needs. “It means freedom from dependence on Russian gas. The interconnection could in fact cover the entire gas consumption of Bulgaria. And this is great news in difficult times “, highlighted the EU leader. At a time when winter is approaching, and difficult times are ahead, the president has relaunched the project of an Energy Union.” united and together we form our strong and resilient Energy Union. In these difficult times, a common response is needed to reduce energy costs for households and businesses. We have already taken important steps: for example, yesterday we agreed together to limit the exceptional profits made by some energy companies. More needs to be done, ”said Von der Leyen.

Avoid distortions of the single market

Given Germany’s decision to invest 200 billion in debt to remedy the gas issue and the fear of bills on the national front, the fear is that it will now proceed in no particular order. “Without a common European response, we seriously risk fragmentation. As in the past, we must maintain a level playing field and avoid distortions of the single market. So the task ahead is clear. We need to do more to contain the soaring energy prices that are weakening our economy, ”stressed Von der Leyen.