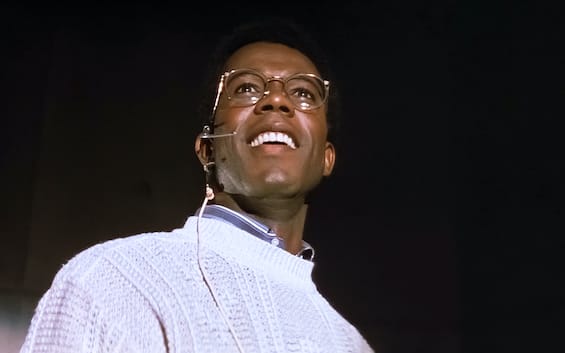 The death of Clarence Gilyard Jr. has been confirmed by the University of Nevada, Las Vegas, where the actor worked as a professor of film and theater for several years. Known for his role in the TV series Walker Texas Rangers and in the movie Die HardGilyard it turned off at the age of 66 after a long struggle with a serious illness. The actor has been married to Catherine Dutko before and Elena Gilyard after, since 2001.

Television, theater and film actorClarence Gilyard has left his mark on the 80s with a number of characters, since his big screen debut with aviator Marcus “Sundown” Williams in Top Gunsfollowed by terrorist computer whiz in Die Hard – Crystal Trap. In 1989 Gilyard played Conrad McMasters, the private eye of the series Matlock in which he appeared for an impressive 85 episodes before moving on in 1993. After that came another experience on the small screen that defined his career. As Jimmy Trivette he was the right hand man of Chuck Norris in the CBS crime series, Walker Texas Rangers, for all 196 episodes of season eight. After the 2001 finale she continued acting in various movies and TV shows.

Who was Clarence Gilyard?

Born December 24, 1955, in Moses Lake, Wash., Gilyard grew up in the military, commuting through air bases across the United States during his teens before his family settled in California. After spending a year at the Air Force Academy as a cadet, he attended Sterling College and later California State University, Long Beach and California State University, Dominguez Hills, where he earned a bachelor’s degree in drama.

He later returned to academia, joining the theater department of the University of Nevada, Las Vegas as an associate professor in 2006. He has also served as a producer and director, directing an episode of Walker Texas Rangers. “Professor Gilyard was a beacon of light and strength to all around him,” said Heather Addison, president of UNLV. “Every time we asked him how he was, he cheerfully declared that he was ‘Blessed!’ We are the ones who have been lucky enough to be his colleagues and students for so many years,” she added.