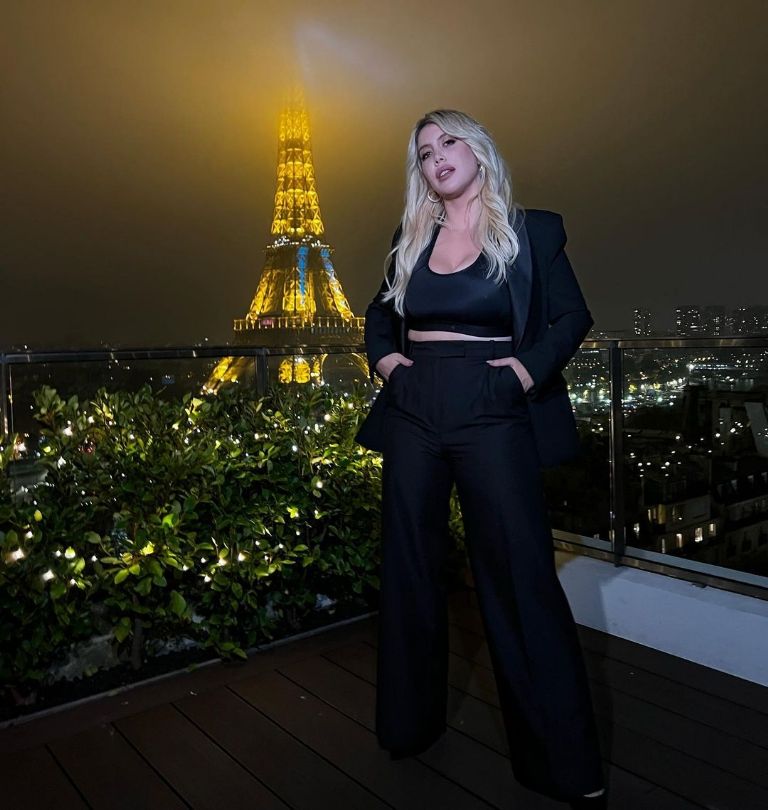 A few days ago Wanda Nara had been showing on her social networks with Susana gimenez. Both had announced that this Tuesday an exclusive interview that the Argentine driver conducted in Paris with both the businesswoman and Mauro Icardi would be seen on Telefe Noticias.

“Good night everyone,” he began by greeting Suzanne in a studio with the Eiffel Tower in the background. Wasting no time, the phone diva asked, “How did this start? Did you see Mauro’s phone? ”, To which Wanda replied:“ We were in a field, the girls were riding horses and I looked for a photo on the phone. There I saw screenshots of a chat with a very famous woman that you already know ”.

Of course, Wanda he was referring to the China Suárez although he preferred not to name it. And he continued: “It is obvious that a lot of versions are being generated, sometimes when you don’t want to talk, they start inventing. It is logical”. Susana showed empathy with her interviewee and added: “It’s the price you pay for being famous.” Immediately, Mauro Icardi’s wife told how that moment was: “It is the fault that I pay for being impulsive. The first thing that came to mind was to put a story ”. Let’s remember that she wrote on her Instagram account: “Another family that you charged for a bitch.”

Wanda He continued: “They have to know that any woman would die to be in the place. I know the good parts and the bad parts, real life is not what an Instagram shows, when we are sad we don’t show it ”. Susana still doubted it and consulted him about his relationship with Benjamin Vicuña’s ex: “You were a friend of China.”

Wanda She explained: “She was not a friend, she had a good cordial relationship. My anger was a macho look, of blaming the woman. Then I took distance, and I admire that a woman can be free. I am an old-fashioned woman: for me a little message is divorce ”. In addition, she confessed that this is not the case: “I would not have written the messages and I did not like that they had not told me about the other side.” Regarding previous infidelities, he acknowledged: “We never had problems of this kind, I can swear to you on my five children. When I saw the message, I took my five children and on the first plane I went to Italy. And he came on the plane behind me ”.

Regarding the words that Mauro Icardi He told her privately, the blonde said: “He told me to think about the family, which was the mistake of his life. We would tell each other any little thing. It can happen to anyone, the important thing about this is that we were able to put a stop to the relationship. Consider following or not continuing ”. As for the famous meeting between China and the PSG footballer, Wanda He revealed: “We both blindly trusted in everything, I put my hands in the fire for him and I felt like there was a break. Then he told me that there was a meeting and that nothing happened ”. After this interview, there will be exclusive material from Wanda and Susana Giménez that can only be seen on Paramount Plus.