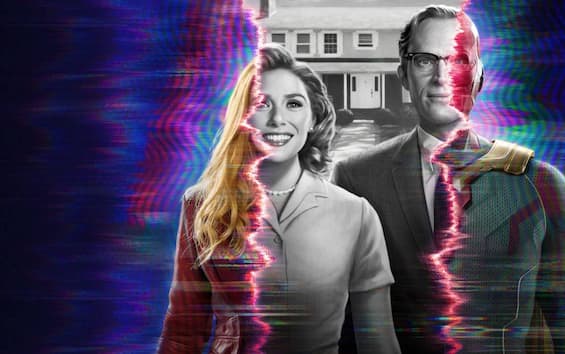 Disney + is working on the second spin-off of WandaVision, focused on Vision. The series is currently titled Vision Quest, which is also the name of a character-centric Marvel comic story arc. Here’s what we know.

Although the plot of the spin-off has not been revealed, probably the series Vision will follow while trying to recover memories and humanity. While the series is centered around him, it looks like Scarlet Witch will also be there. Paul Bettany will return in the role of Visionwhile Jac Schaefer, chief screenwriter and executive producer of WandaVision, will oversee the writing team, which will begin work on the spin-off in the coming days. In the main series, the government agency SWORD reassembled Vision after he was killed by Thanos in the events of Avengers: Infinity War. When they brought him back to life, the android had no recollection of his past life or even of his love for Wanda Maximoff, aka Scarlet Witch. But when the new Vision and Wanda’s magically recreated one met in battle, Wanda’s Vision drew on the past of the other version and then escaped unexpectedly. In a 2021 interview reported by comicbookmovie, Paul Bettany had anticipated the return of his character in a project dedicated to him: “This TV series was a beautiful climax for all the things we did with Lizzie,” said the actor. “With WandaVision we found our own way, coming to define a tone different from that found in the films. But with Marvel you never know if you are done or not. So I don’t want to call all this an end, at least for now ”.

Vision Quest will be the second spin-off of WandaVision: Disney + is currently working on one series dedicated to Agatha Harkness, a powerful witch played, in the main series, by Katherine Hahn. Currently titled Agatha: Coven of Chaos, the project has actually been in development since October 2021. According to what has been revealed by the Production List site, it seems that the start of filming will take place in the city of Atlanta starting from 5 December. Still shrouded in mystery the period in which the story will be set by Agatha Harkness: it is therefore difficult to imagine if it will be a sequel or a prequel compared to WandaVision. In the series with Elizabeth Olsen and Paul Bettany, the character had assumed the false identity of Agnes, a neighbor of Wanda, to approach the protagonist and exploit her powers.