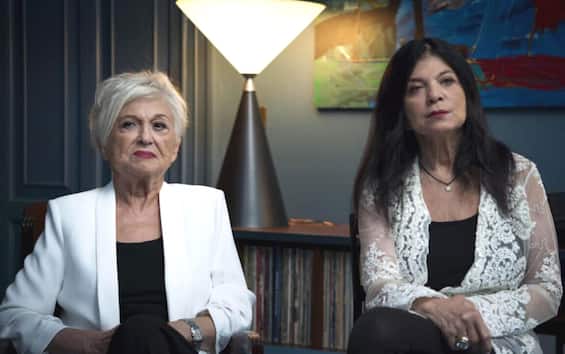 The trailer of Wanna, the new Netflix docuseries that tells the rise and fall of Wanna Marchi. Through images and interviews, even with Marchi herself and her daughter Stefania Nobilethe series wants to tell the controversial story of the former queen of telesales.

“TV sales queen, scammer, mother, wife, who is Wanna Marchi? The story of the most talked about woman of the 90s, from her screams to her trial with her daughter Stefania Nobile. Wanna is on the way since 21 September”Reads the official description of Netflix. Many faces will tell about Wanna Marchi and will talk as much about his success as about his fall: from the Mustache to Jimmy Ghionethat for Strip the News revealed the scams of the two TV sellers. Netflix could count on over 100 hours of archival material, 22 testimonials and over 60 hours of interviews. The docuseries of four episodes it will show the viewer both the point of view of the cheated victims and that of the protagonists. We will then retrace the story of Wanna Marchi, from the first works on TV to her success as a television salesman, obtained also thanks to her daughter Stefania and the magician Do Nascimento, up toinquiry of Strip the news and convictions for bankruptcy and criminal association aimed at aggravated fraud. “Wanna traces the Italian twenty-year period, between the 1980s and the early 2000s, characterized by a great change in generalist TV and the birth of the first teleshopping”Reads the official synopsis of the Netflix series. “It is in this context that the story unfolds that sees Wanna Marchi and her daughter Stefania Nobile as protagonists. From the rise as undisputed queen of teleshopping to the fall of their empire and the subsequent judicial affair ”. The trademark of Wanna Marchi was the aggressive style with which she proposed miraculous slimming creams. “Throughout the 1980s its image and its products went crazy, making it very rich and famous, together with his only and true right arm, his daughter Stefania ”. After selling the illusion of perfect shape, the two women decide to sell something that has never been sold before, fortune. And so, with the complicity of the “Master of life Do Nascimento”, the two propose amulets and blessed numbers. Wanna aims to tell, through direct testimonies and archival material, not only the best known but, above all, the least known aspects of this murky story and the impact it has had on viewers and the media. Wanna is written by Alessandro Garramone and Davide Bandiera, directed by Nicola Prosatore and produced by Gabriele Immirzi for Fremantle Italia.

The queen of teleshopping was denounced by Telefono Antiplagio, but the case exploded in the media thanks to a series of services of Strip the news. Many people accused Wanna Marchi and her daughter of cheating them by selling lottery numbers, amulets and talismans against bad luck, and of giving them money forced by threats and psychological terrorism. The investigations that followed led to the conviction of Wanna Marchi, her daughter Stefania Nobile and her husband Francesco Campana for criminal association aimed at aggravated scam. The sentence of 9 years and 6 months for Wanna Marchi and 9 years 4 months for Stefania Nobile was then confirmed by the Supreme Court in 2009.