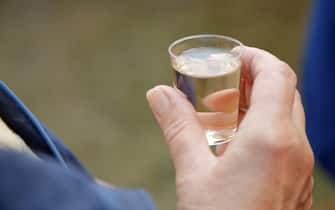 Dissent against the war in Ukraine triggered by the Russia it also passes through symbolic gestures. Initiatives to “darken” Russian influence on Western culture have begun to multiply in recent days. They range from the boycott that some states are carrying out against the circulation of Russian products – vodka in the first place – to the choice of American barmen to change the Russian names of popular cocktails.

WATCH THE VIDEO: Ukraine, which are the 15 nuclear reactors at risk

So we are back to talking about “cancel culture“, A sort of modern” damnatio memoriae “with which a character or an object, symbols of well recognizable cultural currents, are substantially eliminated – canceled, in fact – from media and social media, or from particular intellectual, social and professional circles

In the United States, with this in mind, a group of bartenders decided to call Kiev Mule the Moscow Mule, to eliminate the reference to the Russian capital and insert that to the Ukrainian city. White Russian and Black Russian, other very popular cocktails in the world, become White Ukranian And Black Ukranian. Caipiroska, based on Russian vodka (this is precisely what differentiates it from Capirinha, where the main alcoholic is cachaça), becomes Caipi Island

Beyond symbolic gestures like these, in addition to the sanctions already inflicted by Western countries against Moscow, still in the United States there are those who attack Russia’s influence in the West by hitting one of its main export products, the vodka

It is a measure halfway between the economic and the cultural. In every part of the world, distilled liqueur is practically synonymous with Russia. According to reports Forbesthe governors of some American states are pursuing measures to limit or eliminate the sale of Russian vodka in their stores. It happens in New Hampshire, Ohio, Utah, Alabama, Pennsylvania, and Texas

Vladimir Putin, from the KGB to the Kremlin: his story

Similar initiatives, he reports Bloombergare on the table of the governments of countries much closer to Russia: Denmark, Lithuania and Finland (in the photo, the Vodka Museum in Moscow)

Australia’s Endeavor Group, a leading company in the distribution of spirits in Australiahas begun withdrawing Russian-made liqueurs from its stores, as did West Auckland Trusts in New Zeland

These small small measures are added to the larger ones organized internationally and to the decisions of various companies, such as Netflix which has decided not to distribute the Russian productions already on the agenda and to block the acquisitions of Russian titles for the future

Also in the world of culture, the decision of the National Academy of Television, Arts and Sciences (NATAS) has come to exclude from the titles that will be able to compete for Emmy Awards, the most important awards for the television production industry, all those financed or otherwise linked to the Moscow government. L’European Film Academy excludes Russia from the European Film Awards, so does the Toronto International Film Festival

Meanwhile, the debate on how to name the Ukrainian capital has been heated among the media of various countries. The most used name has always been Kievbut the Russian invasion and the many attempts by Ukraine to free itself from the influence, even cultural, of Moscow have led to think of the possibility of using instead Kyiv (in the photo, the Russian attack on the TV Tower of the Ukrainian city)

In Italy in the past few days there has been a discussion on the decision of theBicocca University of Milan to cancel a planned course on the Russian writer Fedor Dostoevsky. The announcement was met with strong protests and accusations of censorship, so the Milanese university turned around