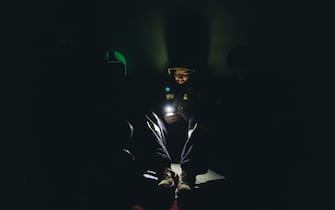 In France the “family” bunkers of the leading company in the sector, Amesis Bat, were sold out. In Italy, the “Minus Energie” of Mantua receives at least ten requests a day. Since the start of the war in Ukraine, the number of people interested in having a bomb shelter built for their families has increased in some European countries

WATCH THE VIDEO: Journey to the largest anti-atomic bunker in Italy

Giulio Cavicchioli (in the photo), entrepreneur who owns the Minus Energiea company that has been building shelters for years, said that since last Thursday the requests have multiplied: “There is an unjustified hysteria due to the fear of a war even here in Italy”

Where are the bunkers and anti-aircraft shelters in Italy

The applicants? They are engineers, lawyers and various professionals who want information or make appointments. After the start of the war in a few days the company – which imports various systems from a Swiss company also active in the military sector – received at least ten new questions of bunkers daily

Nuclear weapons, over 10 thousand available between Russia and the United States: the data from the reports

“Of these requests, half come from people who are inexperienced and disoriented about what to do while so far only a dozen people have taken concrete steps to achieve a bunker under your own villa“, Cavicchioli specified

THE armored and underground shelters of the Italian company cost between 50 and 90 thousand euros and are requested above all by some people from the Center and the North. From Alessandria to Livorno, passing through Val Camonica, the curiosities concern the request for information on economic and logistical capabilities to build a bunker for five, six or seven people

The bunkers are unassailable cells, built according to Swiss standards: from beton holder with a thickness of 30 centimeters of concrete ai shielded ventilation systems against nuclear detonations, then water tanks of one thousand liters each, radio systems for contact with the outside, beds with fireproof materials, Spartan bathrooms and special wall paints (In the photo: bunker 703 in Russia)

Furthermore, the environment is in “pressure”, Because the air from the outside only passes through a filter while thanks to electricity it would be possible cooking, warming up or doing laundry

At the French Amesis Bat, on the other hand, “they ask for it one every 20 minuteswhile the normal rate is about ten per month ”, said the owner of the company Enzo Petrone a The Corriere della Sera

The Amesis Bat “business” started from a bunker built in 2014 in the basement of a garden of a large private land in a suburb of Paris, in concrete. He had to protect the owner’s family who, by renting most of the 70 seats of the refuge, has amortized the cost of the investment. Lately he had about thirty left, which were assigned within days of the start of the war in Ukraine (In the photo: A bunker built in Nuremberg during the Cold War years)

According to the manager of another bunker manufacturer in France, Artemis, that in just 15 days has received 700 requests, the percentage of French people who would be protected in the event of a danger of war or nuclear contamination is very low, “close to zero”. (In the photo: A bunker from the cold war years in Nuremberg)

The situation is different in Swiss where the anti-war shelters, built by law since 1960, now offer one 114% protection to its inhabitants with its 9 million available places. (In the photo: A bunker in the Dobbiaco museum in Bolzano)