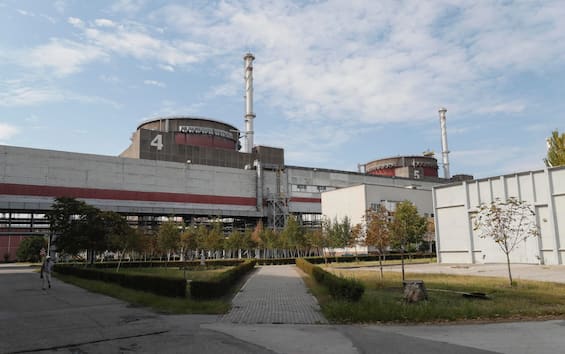 Electricity blackout at the Zaporizhzhia nuclear power plant, the largest in Europe in southeastern Ukraine, after Russian bombing damaged high-voltage lines. Only the diesel generators remain in operation. This was announced by the Ukrainian company Energoatom. (WAR IN UKRAINE, THE SPECIAL – REAL TIME UPDATES).

The last two lines were damaged

On Telegram, the mayor of Energodar Dmytro Orlov said that, ” following racist bombing, the last two high-voltage communication lines of the Zaporizhia power plant were damaged. At 11:04 pm, the station went into total blackout mode. All 20 diesel generators have been turned on. ”

The Ukrainian company underlined in the statement that the fuel for the operation of the generators is in “complete blackout mode”, and can remain in this state “for 15 days: the countdown has begun”. Blocks 5 and 6 of the plant are transitioning to the cold state.

Filorussi: now jurisdiction is in Moscow

The plant is about to be transferred under Russian jurisdiction: the Moscow authorities have begun to integrate the plant into the jurisdiction of the Russian nuclear operator Rosenergoatom. Renat Karchaa, director of the General Manager of Rosenergoatom, said that the transition will take place after the plant has exhausted all available fuel reserves. The Guardian reports it. The Russian head of the city of Energodar Alexander Volga said: “The power plant is already an integral part of Russia”.