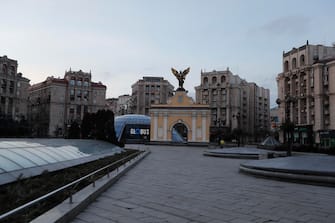 From the Eurovision Song Contest to the OECD, they are a loti the areas from which Russia has been excluded after invaded Ukraine at dawn on February 24 with a massive military operation

WATCH THE VIDEO: War in Ukraine, the story of our correspondent in Kiev

Eurovision Song Contest – Russia No.cannot participate in the singing competition which sees artists from all over the continent performing one after the other. The next edition will be held in Turin from 10 to 14 May and Moscow will not be represented. The European Broadcasting Union (EBU) – which produces the event – announced that Russian singers are banned, the country’s presence at the festival would bring “discredit” to the event, the organizers explained

Ukraine-Russia war, Moscow will not be able to participate in Eurovision

THE SKY TG24 SPECIAL ON THE WAR IN UKRAINE

European Council – The news of the expulsion of the Russian Federation from the Council of Europe was given on Foreign Minister Di Maio: “The Committee of Ministers of the Council of Europe, of which Italy holds the presidency, has taken the decision to oust the Russian Federation from its membership. Italy believes that this is a necessary measure in light of the unacceptable Russian military aggression against Ukraine, which constitutes a serious violation of international law “, said the head of the Farnesina.

What are the sanctions against Moscow?

OECD – Meanwhile, the OECD has communicated the interruption of the accession process of Russia and the closure of his office in Moscow. “The OECD is firmly in solidarity with the Ukrainian people”, reads a note from the Organization for Economic Cooperation and Development, which condemns “with the greatest firmness Russia’s large-scale aggression against Ukraine”

International Chess Federation (Fide) – La Fide has decided exclude Russian territory as a venue for its competitions. This means that the chess Olympics will no longer be held in Moscow, as was planned, between 26 July and 8 August.

Football – The Uefa executive meeting urgently decided to immediately move to Paris at the Stade de France the final of Champions League scheduled in St. Petersburg next May 28th. And they will play in neutral field all the matches of Russian and Ukrainian clubs and national teams competing in international competitions “until further notice”

Manchester United and sponsor Aeroflot – Meanwhile, Manchester United have announced that they have “revoked” the sponsorship agreement with the Russian airline Aeroflot, following the invasion of Ukraine. “In light of the events in Ukraine, we have withdrawn the sponsorship rights of Aeroflot” announces United in a note and on their website. “We share the concerns of our fans around the world and send our thoughts to those affected.” Aeroflot had been an official sponsor of the club since 2013

That is the world of sport – Meanwhile, the executive committee of the IOC has invited all sports federations international to cancel or move any scheduled event in Russia or Belarus. Furthermore the international ski federation cancel all competitions scheduled until the end of the current season. And they won’t even take place in Moscow anymore the European clay pigeon shooting scheduled from 15 to 30 August

Formula 1 – F1 will not race the Sochi Grand Prix on 25 September. “The Formula 1 championship is run in countries around the world with the aim of uniting people and nations. We are watching developments in Ukraine with sadness and shock, hoping for a quick and peaceful solution. The FIA ​​and the teams – announces the Circus in a note – they discussed the position of our sport and the conclusion is, evaluated and understood by all interested parties, that it is impossible to hold the Russian Grand Prix under the current circumstances ”

Transportation – Moreover Delta Airline has suspended its alliance with Aeroflot, the latter already subject to sanctions by the United Kingdom