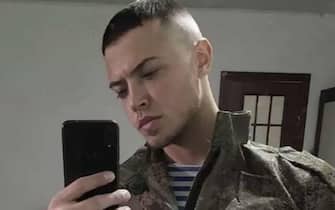 Are approximately twenty peopleaccording to intelligence and counter-terrorism, i Italian fighters in Ukraineon both sides of the two sides. Elia Putzolu (in the picture) he is so far the third foreign fighter who lost his life in the conflict caused by the Russian invasion. Originally from Sardinia, according to reports from the Adnkronos citing diplomatic sources, he had enlisted in the pro-Russian militias, lived near the city of Rostov and died during a fight in the Donetsk region

The first Italian foreign fighter to die in Ukraine was Edy Ongaro, (right in the photo) militant in the ranks of pro-Russian Donbass separatists, killed last March 30 by a hand grenade in a village north of Donetsk. And then Benjamin Giorgio Galli, died in Kharkiv while fighting with the forces of Kiev

This Italian “legion” in the theater of war is carefully monitored by 007 and the police. There are those who left for political conviction – far right or far left – but someone is also mercenary attracted by the lure of pay. And there is also who he is got backfrightened by what he has seen and suffered

It is the case of Ivan Luca Vavassoria 29-year-old former footballer who had gone to the front in the ranks of the international brigades at war against Putin’s troops. The decision to return came following a recovery in hospital with a high fever and some injuries after surviving a Russian attack a Mariupol. The young man, born in Russia, was adopted by the entrepreneur Pietro Vavassori and his wife Alessandra Sgarella, kidnapped by the ‘Ndrangheta in ’97 and died in 2011 from an illness

Ukraine, who died on the field 27-year-old Italian foreign fighter in Varese: who was Benjamin Giorgio Galli

There is also a woman among the Italian fighters, the twenty-three year old Giulia Schiffa past from pilot in the Air Force: flew to Ukraine to fight as a volunteer in the Fspecial forces of the International Legion. Schiff has made it known that he fights in an Army Brigade “with rank and regular military allowance”

Ukraine: Giulia Schiff, a 23-year-old Venetian enlisted with the army of Kiev, returns temporarily to Italy

A 19-year-old Genoese youth, Kevin Chiappaloneis instead the first investigated among the Italian fighters in Ukraine. The boy, sympathizer of CasaPoundwent to support the resistance against the Russians. The prosecutor of the Ligurian capital accuses him of being a mercenary enlisted in the Ukrainian International Brigade and faces a sentence of two to seven years

Chiappalone: ​​”I’m not a mercenary, my fight is legitimate”

The Digos investigation she had left following the young man’s statements to the weekly Panorama in which he announced that he wanted to leave to defend Ukraine after hearing Putin talking about “denazify the country. “He too claims not to be a mercenary, but a regular military in the ranks of the International Legion

Of Giuseppe Donini52, from Ravenna, it is said that he would be part of the Azov battalion. In his case it is a long-standing militancy, as there is a video of him in the region that dates back to 2016. With him there was Valter Nebiolowho instead returned to Italy

In the Donbassbut on the opposite side, that of pro-Russianthere would be Andrea Palmeriformer head ultrà of Lucchese, right-wing extremist. For Italy it is a fugitive who must serve 5 years for being a recruiter