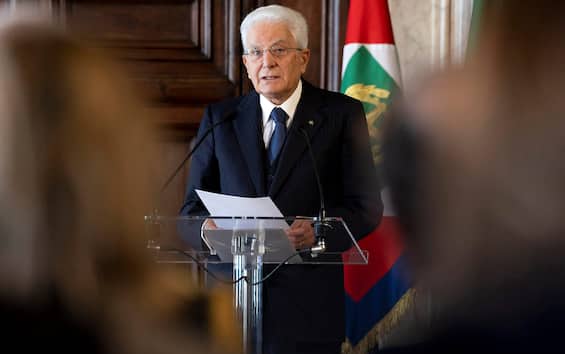 The message of the President of the Republic on the occasion of the ceremony of delivery to the Quirinale of the decorations of the Military Order of Italy: “The war unleashed by the Russian Federation is turning the clock of history back a century”

“We renew our unreserved support for Kiev”. This was stated by the President of the Republic, Sergio Mattarella, speaking at the Quirinale at the ceremony for the delivery of the decorations of the Military Order of Italy. “The war unleashed by the Russian Federation against Ukraine – explained the Head of State – is setting the clock of history back a century. We cannot surrender to this drift. Hence the unreserved support for Kiev ”.

“Italy has a vocation for peace”

Mattarella added that Italy, “with the democratic countries with which it has allied itself to build a more equitable and inclusive international order, has firmly testified, with its foreign policy, its vocation for peace, in coordination with the United Nations and the initiatives of the European Union and NATO. In carrying out this policy, the Armed Forces have played an important role “.