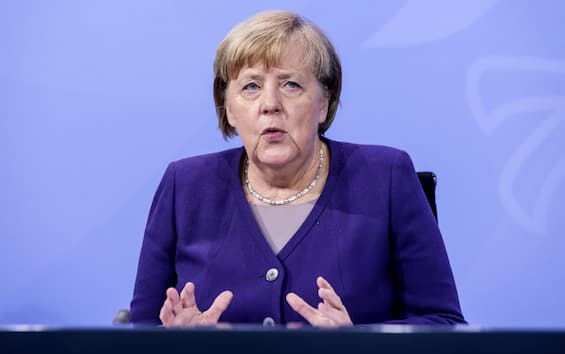 In an interview granted to the German weekly “Der Spiegel”, Angela Merkel, former chancellor of Germany, said that she had tried to convince her European allies about the need to find a way to dialogue with the Russian president, Vladimir Putin, on the Ukraine, but that it realized it no longer had influence.

The debate around the Minsk Protocol

Merkel, among other things, explained that she had solicited the initiative since she perceived that the Minsk Protocol, the agreement signed in 2014 by Ukraine, the Russian Federation, Donetsk and Lugansk under the auspices of the Organization for Security and cooperation in Europe and seeking a political solution to the conflict, had now become obsolete. “The Minsk agreement was left empty,” the former chancellor continued in the interview. “In the summer of 2021, after Presidents Biden and Putin had met, I tried to create a new format for independent European debate with Putin and with Emmanuel Macron in the EU Council,” she stressed. But “some people objected and I no longer had the strength to impose myself because everyone knew that I would leave in the autumn”, she revealed again.

The last meeting in the Kremlin with Putin

In explaining the facts, Merkel also referred to other details. In fact, the former chancellor also underlined that in the talks with the other leaders of the European Union, she had exercised pressure, asking: “Why don’t you intervene? But say something!” And someone had replied: “It’s too big for me”, while another “just shrugged: this is what grown-ups have to do’”, she reported. Merkel, however, assured that if she had run again in the German elections “she would have insisted more”. And she revealed the atmosphere experienced in the last meeting with Putin in the Kremlin. “The feeling was very clear: “In terms of power you’re finished,” she said. “For Putin, only power counts.”