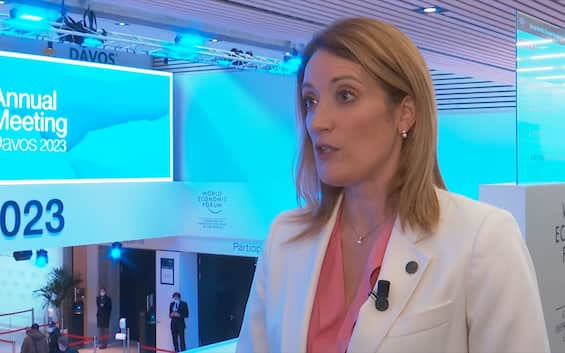 On the last day of the World Economic Forum in Davos, in an interview with Sky TG24 Roberta Metsola, president of the European Parliament, addressed all the hot topics starting from the war in Ukraine to the Qatargate scandal and the crisis of the community institution.

“On February 24, the war began in Europe. One country invaded another illegally, without provocation, and the war is becoming more brutal every day. Our response must be proportionate. We must help the Ukrainians logistically, humanitarianally but also militarily because with military aid Ukraine can win, without not” said Metsola speaking of the conflict. “To win, Ukraine needs more help. In Davos I asked for further support: financial, logistic, military and humanitarian. We have to deliver it. #SlavaUkraini” he then wrote in a tweet, re-launching a passage from his speech at the Forum.

“MPs must be stricter”

“I have to defend the institution. The European Parliament must be stricter. We are discussing the immunity of deputies” said the president speaking of Qatargate which “put the European Parliament in a position where all deputies must be more rigorous and become an example” and “I’m certainly not someone who says that particular group is the problem”. You also underlined that you feel “the responsibility to protect the European institutions, their independence and integrity”.