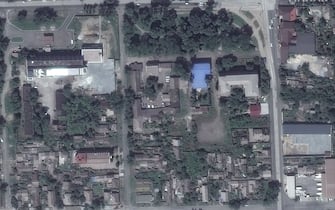 The war in Ukraine is causing many victims, millions of refugees and a serious humanitarian emergency: some areas of the country have been heavily affected by Russian bombing, which caused enormous destruction. In this picture you can see a residential neighborhood of Mariupola city under heavy siege for days, before the start of the conflict.


(The photos are satellite images from Maxar Technologies: those prior to the invasion date back to 2021 or 2022)

WATCH THE VIDEO: Mariupol, among civilians traumatized by the war

And this is the same neighborhood, after being hit from the Russian bombing to the city

Chief of staff Zelensky on Sky TG24: “The priority is to stop the war”

The images of the bombing of the hospital

And this is the same hospital, photographed from above after the bombing

Lavrov: “We will survive the sanctions”

The same neighborhood, after the outbreak of the war, appears to be heavily destroyed from the bombing

The reports and live coverage of Sky TG24 from Ukraine

Ukraine, all weapons used by Russia

This is what remains of the structure after the bombing

Mariupol, however, is not the only Ukrainian city to have suffered heavy bombing: this photo shows a shopping center in Chernihivnorth of Kiev and near the border with Belarus, immediately after the outbreak of the war

In this image it is taken instead Snake Islanda small Ukrainian island in the Black Sea, which hit the headlines shortly after the invasion began and photographed here in February 2021, before the start of the conflict

And this is always Snake Island, after the attack of the navy of Russia to the small outpost