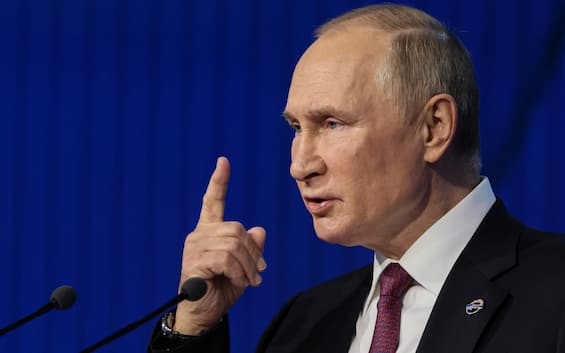 Russian President Vladimir Putin reiterated the need to evacuate civilians from the combat zones in the Ukrainian region of Kherson. “The civilian population must not suffer”, underlined Putin quoted by the Ria Novosti agency (WAR IN UKRAINE. THE SPECIAL – LIVE UPDATES). Putin spoke after placing flowers on Red Square in front of the monument to Kuzma Minin and Dmitry Pozharsky on the occasion of National Unity Day, a holiday established in 2005, which commemorates the liberation from Polish invaders in 1612. The merchant Minin and the prince Pozharsky led the militias who confronted the invaders by defeating them.

As reported by the same agency, the tsar has made it known that the number of mobilized in Russia has reached 318,000. Of these, added Vladimir Putin, 49,000 have been deployed in conflict zones and most of those mobilized are still in training centers. The set target of 300,000 was therefore exceeded because, explained the head of the Kremlin, “the number of volunteers is increasing”. In addition, as reported by the Interfax agency, Putin has signed a law that abolishes the ban on the recruitment in the Russian army of citizens who have a sentence “not canceled or pending” for a crime considered “serious”. The ban, it should be noted, remains for those convicted of child abuse and some other crimes.