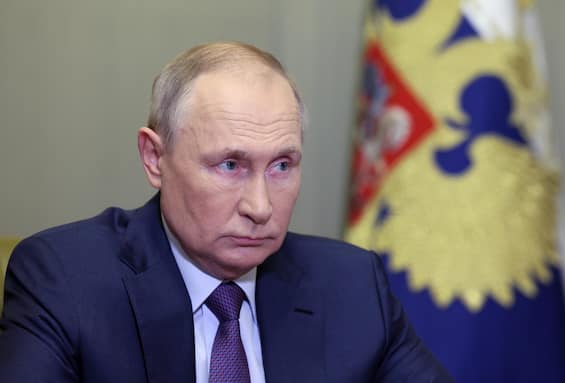 Russian President Vladimir Putin signed a decree on the introduction of martial law in the territories of the Lugansk and Donetsk People’s Republics and the Zaporizhzhia and Kherson regions, recently annexed by Moscow after referendums not recognized by the international community. Putin also instructed the government to prepare a draft decree on the establishment of a special coordination council “under the Council of Ministers” to “meet the needs that emerged during the special military operation” (WAR IN UKRAINE, Liveblog – Speciale ).

“In the current situation,” Putin underlined in his opening speech at a meeting of the Russian Security Council, “I believe it is necessary to give additional powers to the heads of all Russian regions. The senior officials of the constituent bodies of the Federation should pay the necessary attention to this. implementation of measures aimed at ensuring the safety of people, the security and anti-terrorism protection of critical structures, the maintenance of public order, the increase of stability, the functioning of the economy, industry, creation and expansion of the production of products necessary for the special military operation “. Putin recalled that in these territories “before entering Russia, there was already a martial law regime”. “Now we have to formalize this regime in the framework of Russian legislation. Therefore, I signed a decree on the introduction of martial law in these four subjects of the Russian Federation”, explained the Russian president. The decree “will be immediately sent to the Federation Council for approval”, the Russian Senate added, “the State Duma has also been informed of the decision”.

In his speech to the Russian Security Council, the Kremlin’s number one issued a decree restricting movement in and out of eight regions bordering Ukraine. The measures apply to the southern regions of Krasnodar, Belgorod, Bryansk, Voronezh, Kursk and Rostov and to the territories of Crimea and Sevastopol, which Russia annexed in 2014. Kiev rejects any dialogue proposal Vladimir Putin said again at the Council meeting Russian security: “The constitutional laws on the admission of the four new regions to the Russian Federation – he said – have come into force. As is well known, the Kiev regime has refused to recognize the will and choice of the people and rejects any proposed dialogue. Rather, the attacks continue. Civilians are dying. ”