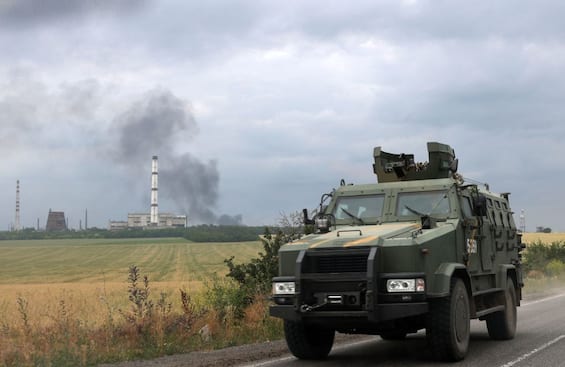 “Move forward as planned”. This is President Vladimir Putin’s order to the Russian army. After the surrender of Lysychansk, the last outpost of the Ukrainian resistance in Lugansk, the second phase of the Donbass offensive in Moscow began. Objective: to also conquer the Donetsk oblast, to gain full control of the entire rich mining basin in the south-east of the country (THE SPECIAL WAR IN UKRAINE – REAL-TIME UPDATES).

On the 131st day of the war, Putin received his defense minister, Serghiei Shoigu, in the Kremlin for updates after the breakthrough in the battle against the last remaining Ukrainian troops in Lugansk. In the official reports provided by the Moscow media, the satisfaction of the Russian leader emerged, who suggested to his commanders to let the soldiers who won the “victory” “rest”. And after the compliments came the real order: “The other military units” located in the region “should continue to carry out their missions in line with the approved plan, as planned,” Putin said. Hoping that “everything will take place as in Lugansk”.

From Kiev, President Volodymyr Zelensky wanted to reassure his citizens, underlining that thanks “to our tactics and the increase in supplies of modern weapons” by Western partners, Lysychansk will return to Ukraine, as will all the rest of the territory conquered by the enemy. On the Isle of Snakes, conquered by the Russians on the first day of the invasion, the Ukrainian flag has returned to wave. A symbol of resistance, the island off the coast of Odessa represents a strategic outpost for Kiev to control the maritime routes in the area.