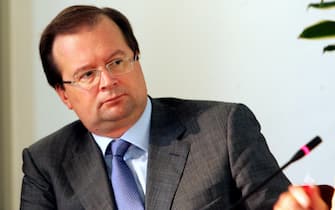 Russia welcomes the mediation efforts of the Holy See in the conflict in Ukraine. This was stated in an interview with Ria Novosti by the director of the First European Department of the Russian Foreign Ministry, Alexey Paramonov

“The Vatican leadership has repeatedly declared the own availability to provide all possible assistance to achieve peace and to end hostilities in Ukraine. These claims are confirmed in practice. We keep a open dialogue and confidential on a number of issues, mainly related to the humanitarian situation in Ukraine, “said Paramonov

“All the initiatives of the Holy See and of Pope Francis that they can bring to peace in Europe are perceived with great respect and, of course, they can be required if the appropriate assumptions arise, ”added Paramonov

War and inflation, here are the tips to save and protect investments

Since the first weeks of the conflict Pope francesco he had proposed to personally go to Moscow and Kiev for foster dialogue between the parties, although his moves were not always fully shared by the Ukrainians

Severodonetsk surrounded by the Russians. Zelensky: “Human cost of the terrifying battle”

For example, starting with the choice of having the cross of the Via Crucis to a Ukrainian woman and a Russian together, putting on the same level – this is the accusation that was made against him – attacker and aggressor

Russian cruiser 300 miles off the coast of Puglia, moves away

In recent days, the Pope has met one Ukrainian delegation. The news of the meeting, which took place on June 8, is the Ukrainian religious information portal Risu

During the meeting it would have been reported that Ukrainian society perceives some decisions and statements of the Pope on the war “ambiguously”. For this a “informal” communication platform and so Pope Francis received several letters by some public institutions and by religious and community leaders

In any case, the Pope would have reiterated his desire to travel to Kiev but, as for the trip to Africa just canceled, “his knee problems they are the biggest obstacle and the doctors strongly advise against traveling ”

“However, if a trip to Ukraine becomes technically possible, Pope Francis wants to come to Kiev and not on the border with Ukraine, as some would advise “, reads the report of the meeting

Dad he would later list – again according to what Risu reported – all the steps he took in favor of Ukraine, including the fact that he had “refused to meet Patriarch Kirill of Moscow to Jerusalem, as previously agreed ”