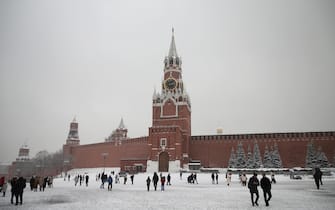 Russian oligarchs reportedly lost nearly $95 billion this year: It means 330 million a day since the Kremlin invaded Ukraine. To reckon is the Bloomberg Billionaires Indextaken from Guardian. It is above all the ones that weigh sanctions western forces, imposed for the war of Moscow against Kiev

Among the billionaires who have lost the most is Roman Abramovich, the former owner of Chelsea FC: His fortune is down 57% to $7.8 billion. As recalled by the Bloomberg Billionaires Index, he was one of the first oligarchs to be subjected to British sanctions: it happened last March 10, after Great Britain accused him of having “clear ties” to the Vladimir Putin regime and of part of a group of wealthy Russian businessmen who had “blood on their hands”

Roman Abramovich: who is the Russian Israeli millionaire, former chairman of Chelsea

Even the assets of Gennady Timchenkobillionaire energy investor and close friend of Putin, shrank by 48%, to $11.8 billion

Suleiman Kerimovanother ally of the Russian president and current owner of the Polyus mining company, lost 41% to $9 billion according to the index

He has not only lost money due to the sanctions, but has also run into trouble with the English justice systemanother high-profile Russian millionaire: Mikhail Fridman. Born in Lviv (where his parents still live), now Ukrainian but then Soviet, he grew up in Russia. On 3 December he was arrested by the National Crime Agency (NCA) on charges of money laundering and perjury to the Interior Ministry

War Ukraine, who are the billionaires close to Putin?

fridman, co-founder of the Russian investment giant Alfa-Groupaccording to Forbes he was the seventh richest man in Russia in 2017: in August 2022, according to the Bloomberg Billionaire Index, despite the sanctions he still had a theoretical net worth of around 11 billion euros

After the invasion of Ukraine, More than £18bn of assets have been frozen in the UK alone belonging to oligarchs and other Russians, with sanctions imposed on 1,271 people