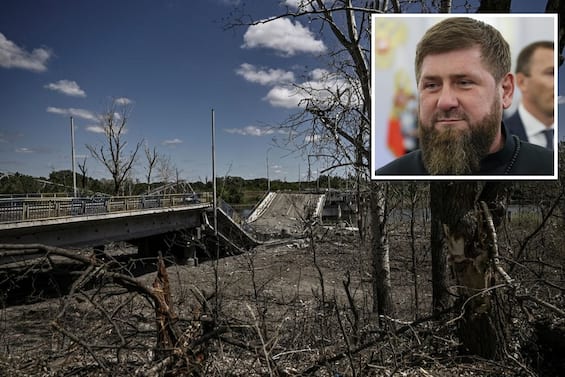 Ukrainian troops entered Lyman today, a key city previously held by the Russians in the eastern Donetsk region. Moscow troops have withdrawn “to more advantageous positions due to the threat of being surrounded,” the Russian Defense Ministry said. “The Ukrainian army is taking considerable losses in Krasny Lyman but continues to advance,” added Moscow (WAR IN UKRAINE: THE SPECIAL – ALL LATEST UPDATES LIVE).

After the withdrawal by Russian troops from the strategic city of Lyman, the Chechen leader Ramzan Kadyrov invited Moscow to consider the use of a low-potential nuclear weapon in Ukraine. “In my opinion, more drastic measures should be taken, up to the declaration of martial law in the border areas and the use of low-potential nuclear weapons,” Kadyrov said in a message released on Telegram in which he returns to harshly criticize the commands. of Moscow. “I’ve always said: there is nothing better than the truth expressed, even if bitter, offensive, but the truth. This is the only way forward. Therefore, I cannot remain silent about what happened to Krasny Liman” , writes Kadyrov.

Kadyrov returns to criticize the commands of Moscow

“It is not a pity that” General Alexander Lapin, commander of the central military district and responsible for the defense of Lyman, “is mediocre. It is the fact that he is covered at the top by the top of the General Staff. If I could, I would demote Lapin to soldier simple, I would deprive him of his awards and, with a machine gun in hand, I would send him to the front line to wash the shame with blood “, continues the Chechen leader. “The nepotism of the army will not lead to anything good. In the army – continues Kadyrov – it is necessary to appoint people of strong character, courageous, principled, who care about their fighters, who tear their teeth for their soldiers. , who know that a subordinate cannot be left without help and support. There is no place for nepotism in the military, especially in difficult times. ” According to Kadyrov, Lapin “moved his headquarters to Starobelsk, one hundred kilometers from his subordinates, while he himself sits in Lugansk. How can the units be managed quickly, being 150 kilometers away from them?” . “Due to the lack of basic military logistics, today we have left several settlements and a large portion of territory.”

The situation on the ground

The Kiev Ministry of Defense confirmed that “the Ukrainian strike forces have entered Lyman. The Ukrainian army has and will always have the decisive vote in the referendums of today and the future”, he wrote on Twitter posting a video that has already circulated. on the social networks of two soldiers waving the national flag in the city. In the past few hours it had emerged that about 5 thousand Russian troops stationed in Lyman were in fact almost surrounded by the Ukrainian army.