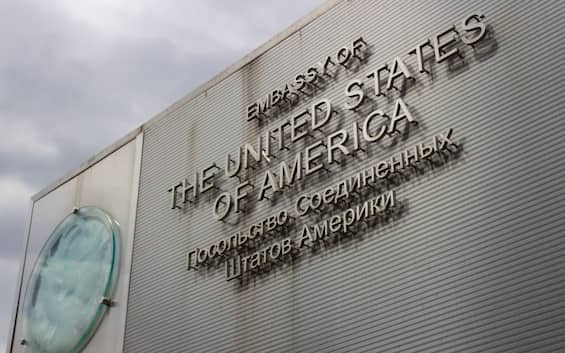 “American citizens do not have to travel to Russia, and those who are already traveling there or are a resident should leave immediately while limited commercial flight options remain available.” This is the notice published today on its website of the Washington embassy in Moscow, which stresses that after “the Russian government has begun to mobilize its citizens in the army in support of the invasion of Ukraine, Russia it could refuse to recognize dual citizenship for Americans, deny them access to consular assistance, prevent them from leaving Russia and recruit dual citizens. ” (WAR IN UKRAINE: THE LIVEBLOG)

“The commercial flights available are extremely limited and often not available shortly in advance – continues the alert – the availability of car and bus travel is still open. If you want to leave Russia, you must organize yourself independently as soon as possible. The US embassy has severe limitations in assisting citizens and the situation, including travel options, could suddenly become more limited. ”
“We remind American citizens that the right to peacefully assemble and freedom of expression are not guaranteed in Russia – concludes the alert – avoid all political protests and not photographed security agents during these events. Russian authorities have arrested American citizens who participated in demonstrations “.

Appeals to leave the country also from Bulgaria and Poland

The warnings of the governments of Bulgaria and Poland are of the same tenor, asking their citizens to leave Russia urgently, fearing that it may become more difficult to cross the borders of the Federation with the closure of accesses due to the increase of Russians fleeing from the mobilization. In a statement, the Sofia Foreign Ministry urged to “avoid going to Russia and recommended that Bulgarian citizens in Russia consider leaving the country as soon as possible, using the means of transport currently available” .

The Polish Foreign Ministry made a similar exhortation to its citizens in Russia: “in the event of a drastic deterioration in the security situation, closure of the borders or other unforeseeable circumstances, evacuation could be significantly difficult and even impossible”. “We recommend to Polish citizens who remain in Russia – he concludes – to leave the territory of the Federation using any commercial and private means available”.