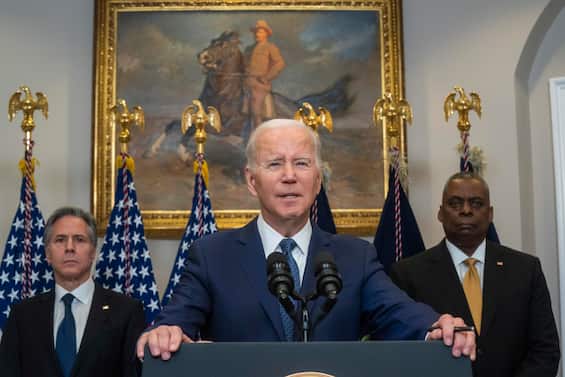 The United States will send 31 Abrams tanks to Ukraine, “the equivalent of a Ukrainian battalion”. This was announced by US President Joe Biden at the White House, adding that “the Abrams are the most powerful tanks in the world” (LIVE WAR UPDATES). “There is no threat to Russia in all of this”. “We are helping Ukraine to defend itself”, underlined the American president, “ours is not an offensive against Russia”. Biden then specified that the United States will begin training the Ukrainian army in the use of these means “as soon as possible”, underlining that “it will take time” before the tanks are deployed on the battlefield.

“Tank proof of our support for Kiev”

“Putin expected that Europe and the United States would ease decisions. He expected our support for Ukraine to crumble over time. He was wrong” continued the US president. “These tanks – he added – are further proof of our inflexible commitment to Ukraine. All this is for freedom”. The training of the Ukrainian military to use the Abrams will begin “as soon as possible”, he then assured Biden The US announcement came shortly after that of Germany which decided to send its Leopard tanks to Kiev.