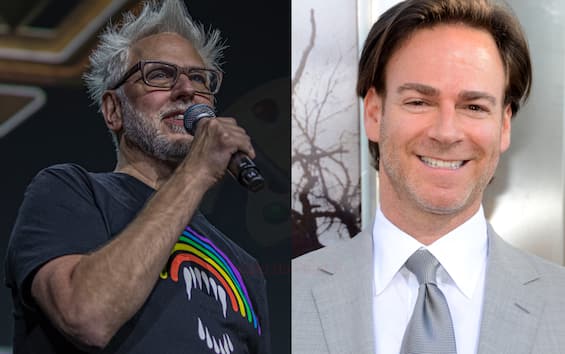 David Zaslavpresident and chief executive officer of Warner Bros. Discoveryhe appointed James Gunn And Peter Safran co-chairs and co-CEOs of DC Studiosthe new division of the US production company that will replace the DC Filmspreviously led by Walter Hamada. Gunn and Safran, who will take officeNovember 1oversee DC Studios film, television and animation productions, report to Zaslav, and work in synergy with Mike De Luca And Pam Abdyco-chairmen and managing directors of the Warner Bros. Film Group. Both will also continue to work on other projects outside of DC. “We are honored to be the stewards of these DC characters we’ve loved since we were kids,” said Gunn and Safran. “We look forward to partnering with the world’s most talented writers, directors and actors to create a universe. integrated and multilayered that still allows the individual expression of the artists involved Superman, Batman, Wonder Woman, Aquaman, Harley Quinn, and the rest of the DC character stable is matched only by our dedication to the wonder of human possibility these characters represent. We are thrilled to reinvigorate the theatrical experience around the world as we tell some of the greatest, most beautiful, and greatest stories ever told. We are especially excited to do all of this with Mike, Pam, Casey, Channing, and the entire Warner Bros. Discovery team, and we are grateful to David Zaslav, whose bold vision for the future of the franchise we share and who offers us. this once-in-a-lifetime opportunity. Above all, we can’t wait to bring you all into the history of the DC Universe ”.

WHO ARE JAMES GUNN AND PETER SAFRAN

James Gunn, who in his new capacity as co-chairman and co-CEO of DC Studios will take on a more creative role, is a veteran of comic book film adaptations. The American director, screenwriter and producer has in fact directed the Marvel trilogy Guardians of the Galaxywritten and directed The Suicide Squad – Suicide mission for DC and created the related spin-off television series for HBO Max Peacemaker. Peter Safran, who will handle finance, has also produced several films for DC, including Aquaman and its sequel Shazam!, while his production house, The Safran Company, recently renewed a production deal with Warner Bros. “DC has some of the funniest, most powerful and iconic characters in the world and I am thrilled that the unique talents and complementaries of James and Peter join our world-class team and oversee the creative direction of the historic DC Universe, ”commented David Zaslav. “Their decades of film experience, close ties to the creative community, and proven track record that excite superhero fans around the world make them uniquely qualified to develop a long-term strategy through film, TV and animation, and to to accompany this iconic franchise to the next level of creative storytelling ”.

Zaslav’s Warner Bros. therefore abandons the Marvel model, forged under the sole leadership of Kevin Feigeto emulate the model Pixar, based on the executive roles of producers and directors, a novelty in the live-action universe. “We couldn’t be more excited for James Gunn and Peter Safran to join the team and take over the lead of the DC Universe,” said De Luca and Abdy. “James is an amazing director and storyteller and Peter is an extremely successful and prolific producer and to see them both working together to forge this new era for DC is literally a dream come true. We all share a very similar sensitivity and passion for this universe and the stars could not have aligned better. We can’t wait to start, deepen and collaborate with these unrivaled creative minds ”.