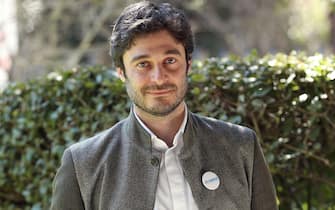 Linen Pillow plays Pietro Peirò. Born in the South and raised in working-class Turin, he meets Rebecca with whom he forms a family of three children. Over time, the insecurities of an unsolved past will complicate relationships with his loved ones

WATCH THE VIDEO: Noi, the Italian remake of “This is Us”

Aurora Ruffino plays Rebecca Peirò. From Turin and from a good family, Rebecca met Pietro in the eighties becoming the mother of her children, a task for which she will put aside her ambitions

Lino Guanciale, all the most famous roles in films and fiction

Dario Aita plays Claudio Peirò. Claudio, one of the twins of the family, suffers from the confrontation with his brothers, especially with Daniele. Made in the work, he has a strong bond with Catherine

A thousand stars, the lyrics of Nada’s song for us

Claudia Marsicano plays Caterina Peirò. The only woman between two brothers, Caterina experiences a profound personal crisis linked to the problem of overweight that she has always carried with her. She now she is ready to break free from her she past

Livio Kone plays Daniele Peirò. Daniele was adopted from birth by the Peirò family and to them he shows his love almost as an obligation. As an adult, he searches for his biological parents

Noi, the Italian remake of This is Us: info

Angela Ciaburri plays Betta, Daniele’s wife. Betta met Daniele at university and now she is the mother of his two children and the center of their family

This is Us 6, the trailer for the last season

This is Us, the creator talks about a possible film after the series

Timothy Martin plays Mimmo, Daniele’s biological father. The meeting with the abandoned son will change his life, now in disarray, and the balance of the entire family

Francesca Agostini she plays Sofia, a character who appears towards the end of the show’s first season. Sofia will have an important role in relation to Claudio and Caterina

Giordana Faggiano plays Ludovica. The Salerno actress is twenty-seven years old and she also appeared on TV in DOC 2 – In your hands

Massimo Wertmüller plays Doctor Castelli, Rebecca’s gynecologist who will assist her in the difficult birth of the twins