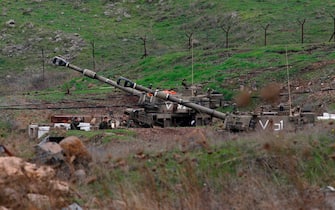 To counter the Russian invasion of Ukraine, more will arrive in Kiev weapons from the US and NATO, especially from Slovakia. In the new US aid package worth 800 millionannounced by President Joe Biden to his Ukrainian counterpart Volodymyr Zelensky in a phone call, also includes ground heavy artillery systems such as howitzersfirearms that can strike up to 70 km away

WATCH THE VIDEO: The weapons sent to Ukraine by the US and the EU

“The United States will continue to provide Ukraine with the capabilities to defend itself”, assured President Biden, explaining that the new agreed military assistance package “will contain many of the highly effective weapon systems that we have already provided and new capabilities adapted to the wider assault that we expect Russia to launch in eastern Ukraine. “The list also includes Mi-17 helicopters

Ukrainian War, Cecilia Strada: “Arming Kiev is not the only option”

Chemical weapons, can Russia really use them?

Specifically, there are in the list 18 155mm howitzers, 40,000 artillery shellssystems air surveillance radar AN / TPQ-36, AN / MPQ-64 Sentinel e Landmines Claymore M18A1. Also, to help Ukrainian troops move into the field, the United States will send 100 Humvee armored vehicles and 200 armored vehicles for M113. Others are also included in the package, the Pentagon specifies Switchblade, the so-called “kamikaze drones”, Javelin missiles (in archive photo)medical equipment, bulletproof vests and helmets

The staggering amount of weapons sent by the United States to Ukraine may have US stocks depleted. According to the think tank of the Washington Center for Strategic and International Studies, the US has killed a third of its stocks of Javelin and a quarter of those of Stinger and it will take three to five years to replenish them.

Russia, how many nuclear weapons does Moscow have and where they can hit

Also for this reason al Pentagon have been summoned eight American giants of arms, including Boeing, L3Harris, Lockheed Martin and Raytheon, the latter two producers of Javelin and Stinger. On the agenda, three main themes: arms supplies to Ukraine in case the war with Russia continues for months and even from now to the next four years, after Putin’s forces have left; devising a strategy to replenish the reserves of those NATO partners who have sold part of their armaments to Kiev; think about US stocks

Russia-Ukraine war, US and EU still send weapons to Kiev: how many and what are they

Meanwhile, the US administration, reports the New York Times, would be considering sending a figure to the Ukrainian capital high profile. Not Joe Biden or Kamala Harris as a huge device, incompatible with the theater of war, would have to be deployed to ensure their safety, but more likely a government minister or senior military official

With regard to European countries, the Slovakia continues to send aid to Ukraine. After i S-300 missilesPrime Minister Eduard Heger would be considering sending gods jet in Kiev

The German Chancellor Olaf Scholz he stated that Germany will continue to deliver weapons to Ukraine but in a “reasonable” way and with a view to preventing Berlin from being drawn into the conflict. Phrases that can be interpreted as a confirmation of the resistence by the Germans of send offensive weapons to Ukraine

Meanwhile, the Russian Deputy Foreign Minister, Sergei Ryabkov, to the agency Taxhe said that Moscow will consider US and NATO vehicles carrying weapons on Ukrainian territory as “legitimate military targets”