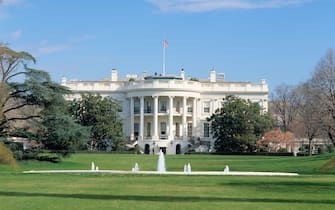 Weapons, intelligence services, secure communication equipment. Like this Washington helped‘Ukraine since the beginning of the war: a steady flow of military aid that has led Moscow to accuse the United States of having fully entered the conflict. President Biden will soon sign a decree to expedite the dispatch of new supplies. A few days ago a new aid package was announced from 150 million dollars

THE WEAPONS – When the conflict broke out, the White House sent mainly defensive weapons, such as anti-tank missiles, to Kiev Javelin (pictured) and anti-aircraft ones Stinger

As the war intensified, along with other defense tools, offensive weapons arrived: heavy artillery (such as 155mm Howitzer howitzers), laser guidearmored Humvees (in the picture). It’s still: drones of various kinds, from reconnaissance Puma type to kamikaze ones such as Switchblades and Phoenix Ghosts, tailor-made by the US air force for the needs of the Ukrainian armed forces

Also among the American supplies machine guns unconventional, i.e. those not regularly used by the US military, night viewerssystems for thermal images, medical material and, most importantly, satellite image services to detect enemy movements

TRAINING AND COMMUNICATIONS – Washington also collaborated in thetraining of Ukrainian soldiers in American or NATO bases located in Europe, as well as having endowed the army in Kiev and President Zelensky with encrypted communication equipment and lines to avoid being intercepted

INTELLIGENCE – However, the aid that now risks causing a further escalation of the conflict was there sharing of intelligence information in real time. Ukraine was thus able to prevent some attacks from Moscow, such as the blitz at the Kiev airport, and to hit many enemy targets

As reported by the New York Timeswhich cites sources of the American intelligence services, through collaboration with the Americans Kiev would have been able to identify a dozen Russian generals to the front and to kill them (pictured, nine of the 12 generals that Ukraine is said to have managed to kill)

The White House and the Pentagon were quick to point out that the US has no role in the choice of targets. Doubts remain in this regard: the president of the Duma, Vyacheslav Volodin (pictured), explicitly said that Washington has helped Kiev “not only with the supply of weapons and equipment, but also with the coordination and development of military operations”

Biden allegedly called the Pentagon, CIA and National Intelligence leaders (Lloyd Austin, William Burns and Avril Haines) calling the recent press reports “counterproductive” and pointing out how they are distracting “from our goal”

Even some former CIA executives, contacted by Guardianurged their colleagues not to boast of the US role in Ukrainian military triumphs, worried that this could induce Putin to take the conflict to a new escalation