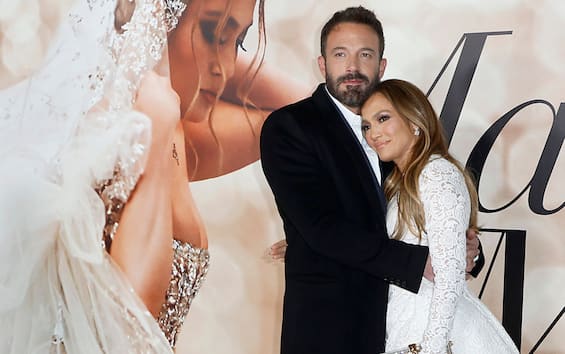 After the first wedding in Las Vegas, Ben Affleck and Jennifer Lopez they got married again, at the actor and director’s estate in Riceboro, Georgia. Here’s everything that happened, starting withmom accident by Affleck before the wedding.

As anticipated, before the wedding, Ben Affleck’s mother, Christopher Anne Boldt, she allegedly fell off a dock on the Riceboro property and injured her leg. A “not serious” incident, as it was defined by the US media, which however forced the woman to receive some stitches. An unexpected event occurred in the moment in which guests were starting to arrive in the estate of the star, for the pre-wedding celebrations which then lasted two days.

Among the couple’s guests at the wedding were well-known faces such as Matt Damon, a great friend of Affleck’s, who took a private jet to Georgia with his wife Luciana Barroso; and then Jimmy Kimmel, talent agent Patrick Whitesell, Australian model Pia Miller and the stars of Jay and Silent Bob Kevin Smith and Jason Mewes. But also George Clooney, Jane Fonda and Renée Zellweger. Great absent, despite being invited, Affleck’s younger brother, Casey, and ex-wife Jennifer Garner. Instead, there were the three children that the actress had with Affleck: Violet, 16, Seraphina, 13 and Samuel, 10. At the entrance to the estate, as revealed by Page Six, a neon with the words “Mr. and Mrs. Affleck“, while several wooden boards were placed on the floor with the words” Love always hopes and always keeps “,” Love never fails “and” Love always protects, always trusts. “A fourth sign read : “Love doesn’t get angry easily and doesn’t keep track of wrongs.” Pia Miller shared a series of stories on Instagram, documenting one fireworks show and a short video of herself on the dance floor.

For her second nuptials to Ben Affleck, Jennifer Lopez wore a white dress by Ralph Lauren couture complete with a long train and veil, while the actor chose a tuxedo with a white jacket and black trousers. A total white wedding since the clothes of the guests were also white. The reception was set up in the garden and it seems that it was equipped with simple dishes such as fried pork chops, rice and vegetables. According to the American press, the three days of celebration would have cost about 25 million dollars.