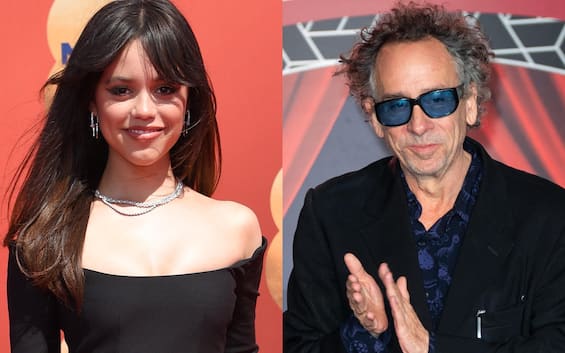 Tim Burton And Jenna Ortegadirector and star of Wednesdaytold about the making of the Netflix series (also visible on Sky Q and through the app on Now Smart Stick), coming soon.

The director spoke of Wednesday, one of the most iconic characters of the small and big screen: “Wednesday is the classic outsider, of course. Well, she sees things in black and white, especially black. Previously, she had been rendered in a very cartoonish way. And, in this series, we have placed it in a reality that I love.

Tim Burton then added: “She is like a silent film actress, in the sense that he is able to express himself without the use of words, and being able to see his inner life and subtleties was very interesting. This is also why we are lucky to have Jenna: I can’t imagine any other Wednesday ”.

Jenna ortega: “I was very nervous about playing this role”

Jenna Ortega talked about her role: “For me it was very important to be able to create something different, even if Wednesday was thought out impeccably. It’s a little bit weirder. There is also security, but it is more hidden ”.

The actress then told the preparation faces for the set, such as fencing and cello lessons twice a week: “I was honestly very nervous about playing this role because I wanted to do it justice.”

Catherine Zeta Jonescalled to interpret Morticia Addamsspoke of the protagonist: “He has a cutting edge humor just like Jenna, who then decided to put him in the character ”.