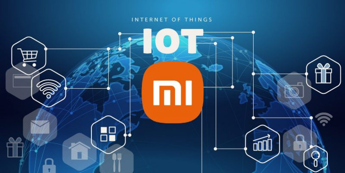 For the Western Europe manager of the Chinese group, there is the will “to be able to speak to different categories of consumers”. “Xiaomi’s IoT-connected devices are currently 526.9 million, 40.7% more than last year”

Xiaomi, as confirmed by a research by Boston Consulting Group “is one of the ’50 most innovative companies of 2022 ‘” and in the name of this innovation “we want to explore even more’ premium ‘territories, but without ever forgetting our philosophy, that of provide high-value products at the best price, covering all ranges. The Xiaomi 12T series, just launched, goes precisely in this direction, combining exclusive and professional features, such as the advanced imaging system, with a price that is not prohibitive, but corresponding to the its technical characteristics “. This was underlined by Wen Ou, General Manager Western Europe of the Chinese brand, fresh from the presentation of numerous devices, from high-end 12T and 12T Pro smartphones to new televisions, vacuum cleaners, earphones, tablets and a wearable device.


Highlighting the “launch promotions that provide early bird prices or very interesting bundles” Wen explains the will “to be able to speak to different categories of consumers, also considering that the market is witnessing how the life cycle of a smartphone is lengthening and how purchases are also rewarding the top end of the device offering. “

As for growth in our country, the Xiaomi manager recalls how “in Western Europe we ranked third with a market share of 15.8%, occupying first place in Spain and third in the United Kingdom, France, in Germany and Italy “. “Italy has always been a central and priority market for us, thanks to the strong focus on the price-value combination of the product and the fact that the reaction of consumers and our fans has always been a valuable guide for the future. Therefore , we want to continue to work with constancy and passion to bring our innovative products to an increasing number of people throughout Europe, including Italy “.

Smartphone aside, Xiaomi is extending its offer, also because “the presence of AIoT products has literally exploded in recent years, driven in particular by solutions for the smart home, which are proving to be one of the most dynamic sectors characterized by a high rate of innovation “. Wen Ou specifies that “in this scenario, our ecosystem is a pillar of our Smartphone x AIoT strategy, since we are the only brand to make interconnection between devices one of the cornerstones of its offer. The smartphone is only a starting point with to face an intelligent world “.

“Speaking of numbers, excluding smartphones, tablets and laptops, Xiaomi’s IoT connected devices are currently 526.9 million, 40.7% more than last year. IoT and” lifestyle “revenues. they reached 2.89 billion in the second quarter of the year. These figures – explains the manager – reflect significant economic activity, and the situation in the WEU and in Italy is also developing “.

“In 2021, the smart home market in Italy grew by 29% compared to the previous year, reaching a total value of 650 million euros (data from the Internet of Things Observatory of the Politecnico di Milano). We also continue to invest in autonomous driving, with over 480 million euros allocated for the implementation of the technology; at the same time, we are also working on robotics; finally, we continue to be a leader in the wearable market. Xiaomi Smart Band 7 Pro has sold over 400,000 units in mainland China since launch and we are looking forward to seeing the reaction of the European market. “

Wen then emphasizes the offer of TV sets, recalling that “televisions are no longer just” passive “tools, but intelligent terminals connected to other devices, which often act as the” center “of our home. our commitment could only be strengthened “.

“Think, for example, of the F2 TV Series, Xiaomi’s first smart TV series with integrated Fire TV, which allows consumers an even smarter user experience thanks to Alexa’s intelligence, and the Q2 series just launched, which with the integration of Google TV, a first for Xiaomi TVs, will offer viewers personalized content and endless sources of entertainment. The results therefore seem to encourage us in this direction. In the second quarter of 2022, the televisions shipped reached the 2.6 million, in contrast to the general decline in the global market, making Xiaomi the number 1 TV brand in China and among the top 5 in the world. Monthly active users who own smart TVs, Xiaomi Boxes and Xiaomi TV Stickers of Xiaomi currently numbers 53 million. In addition, thanks to the cost advantages of our economies of scale and the lower prices of key components, the gross profit margin of our smart TV business has increased. or significantly in the second quarter compared to the previous year “.