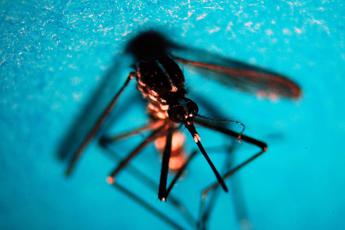 The number of human infections continues to rise, with Usutu infections in blood donors rising to 3

Continue growing on number of human cases of West Nile Virus infection in Italy. From early June to August 16, they were reported 230 cases and 13 deaths, compared to 144 cases and 10 deaths as of 9 August. These are the updated data in the bulletin of the Higher Institute of Health. Of the Italian cases, 27 occurred in the neuro-invasive form (14 Piedmont, 8 Lombardy, 71 Veneto, 3 Friuli-Venezia Giulia, 29 Emilia-Romagna, 1 Tuscany, 1 Sardinia), 37 cases were identified in blood donors (5 Piedmont, 5 Lombardy, 18 Veneto, 9 Emilia-Romagna), 63 cases of fever (1 Piedmont, 4 Lombardy, 55 Veneto, 1 Friuli-Venezia Giulia, 2 Emilia-Romagna) and 3 symptomatic cases (Veneto).


The first human case of the season was reported by Veneto in June in the province of Padua. Among the confirmed cases, 13 deaths were reported (8 in Veneto, 2 in Piedmont, 1 in Lombardy and 2 in Emilia-Romagna). In the same period, 3 cases of Usutu virus were reported in blood donors (2 Friuli-Venezia Giulia, 1 Piedmont). As of 10 August, 188 human cases of WNV have been reported in EU member states: 144 Italy, 39 Greece, 2 Austria, 2 Romania, 1 Slovakia. The 10 recorded deaths all occurred in Italy. Thirty-four cases were reported from neighboring countries.

The veterinary surveillance carried out on horses, mosquitoes, sedentary and wild birds – the ISS takes stock – has confirmed the circulation of WNV in Piedmont, Veneto, Friuli-Venezia Giulia, Emilia-Romagna, Lombardy and Sardinia. positivity in the provinces of Alessandria, Asti, Oristano and Cagliari.