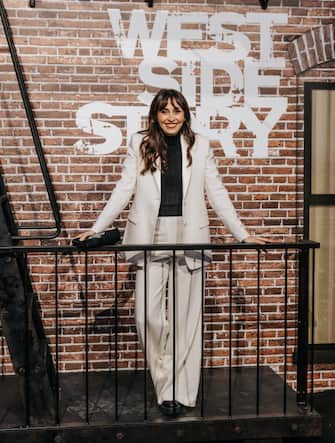 Benedetta Parodi was one of the many celebrities who attended the Italian premiere of Steven Spielberg’s film based on the musical, West Side Story.

WATCH THE VIDEO: Spielberg’s “West Side Story”, what we know

The famous influencer Elisa Maino also took part in the event. Here she is at the Milanese preview of the film.

In this shot we see Elisa Maino together with TikTok star Ryan Prevedel. There were many celebrities from the network who attended the Milan premiere of West Side Story.

West Side Story by Steven Spielberg, the first reactions after watching are enthusiastic

West Side Story, the trailer for the remake of the musical directed by Steven Spielberg

And here is Alvin, the famous television and radio host. He too did not miss the appeal to the Italian premiere of the highly anticipated film.

West Side Story, Italian trailer of the 2nd adaptation of the musical, directed by Steven Spielberg

West Side Story and The King’s Man, new release dates in the cinema

The Italian singer Lidia Schillaci took part in the Milanese premiere of the awaited remake film directed by Steven Spielberg.

Here is Marco Ferri, model, influencer and television personality who took part, among others, in Men and Women on the Island of the Famous 13. Son of the famous Riccardo, former Inter player.

Maryna, the web star with over 1 million followers, attended the event.

There was also the radio and television presenter Rosaria Renna

Silvia Abbate, former participant of the reality show “The babe and the nerd”, model and very popular influencer, did not miss the appeal

Stephanie Bellarte, the model, influencer and television personality (she participated in the reality TV show “The babe and the nerd”. In September her separation from Alessio Guidi was announced, the boyfriend with whom she had started on the occasion of the television program) .