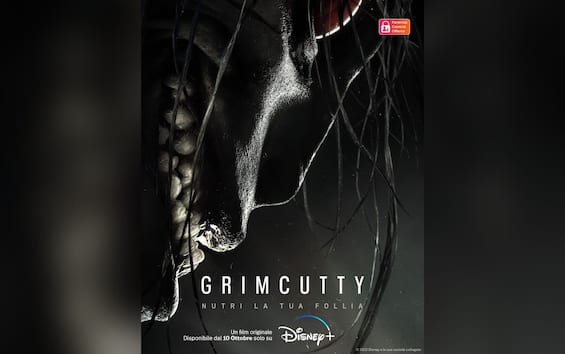 Written and directed by John Ross, the Grimcutty film available on Disney + to audiences over 16, is based on a curious and very current premise: A meme comes to life and begins to wreak havoc on a small community. In the era of the web and social media, the script can surely intrigue a large audience of several generations. This new horror film takes its cue from our time to bring to life a creepy and scary cinematic monster.

The synopsis of Grimcutty

It all starts with a simple internet meme that grabs media attention, but soon turns into a nightmare by leaving the screen and stepping into reality to terrify children. Grimcutty comes to life when parents worry about their child’s well-being and safety. A teenager and his little brother must try to stop this menacing paranormal creature brought to life by parental hysteria. Despite good intentions, the adults who get anxious and worry too much about their children in this film are dangerous and pose the real threat. Even if the parents bring the monster to life they cannot see it.

John Ross is known in the industry for his film Don’t watch This and the Facebook Watch series The Birch. He was able to make this feature thanks to the involvement in the production of David Brooks, Jenna Cavelle, Dawn Fanning Moore, David D. Moore and Arbi Pedrossian, and Britt Smith as associate producer.

The trailer shows the power of the tall, hunched monster with a misshapen white face, red eyes and long black hair as a child is seen stabbing his mother with a kitchen knife. Then the victim becomes Asha, a little girl who is chased by the creature before it disappears into thin air and her parents don’t see her and get mad at their children for the chaos. From the trailer, a high tension is perceived as the clash between Asha and her father. She holds a knife behind her back and he holds a syringe. How will it end? Grimcutty acts as an invisible force, fueling anger in children by taking possession of them when it suits them.

The cast of Grimcutty

The protagonist Asha is played by Sara Wolfkind and the younger brother is Kamran, played by Callan Farris. In the rest of the cast we find Usman Ally as Amir, his father, and Shannyn Sossamon as his wife Leah. Brenda Schmid is Tracy Johnson, Kayden Alexander Koshelev is Brandon Jaynes, Tate Moore is Cassidy Johnston, and then Alona Tal, Nanrisa Lee, Jeff Meacham, Kristian Flores and Shelli Boone complete the cast in various more or less leading roles.