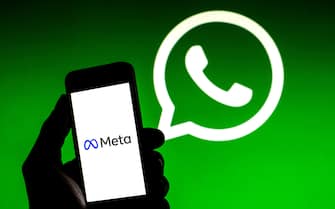 New keyboards coming in 2023 Whatsapp. As the Unicode Consortium announced in the summer, new emojis, including the highly sought-after pink heart. However, it is not yet clear whether the release official on iOS and Android it will be right in 2023 or if there is a possibility that it could happen in the very last days of December 2022

WhatsApp emoji, here is the meaning of the smileys

There are 21 new emojis coming soonin addition to the fact that with the beta version 2.22.25.12 of WhatsApp for Android they were even slightly redesigned 8 emojis already existing: 6 couple themedthe smiley with the eyes polishes and the smiley with shining eyes and the tears

WhatsApp, the data of 500 million users stolen and sold

There will then be the heart sky blue and that Grey

WhatsApp, here are the polls: how to do them

Among the novelties there will be the “shaking face”the face shaking or, alternatively, shaking its head

It also comes outstretched handright or left, to send a give me five virtual or, alternatively, as call for calm

But also a white wing and the crow

Then the jellyfish and the goose

The will also appear hyacinth flower

But also the maracas and the flute