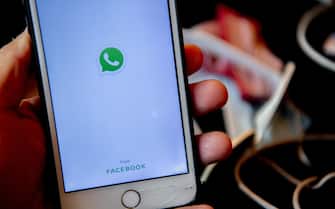 From 2023 WhatsApp will no longer work up different models of smartphones: The most used messaging platform continues to update and therefore older devices will no longer be compatible

WhatsApp Emoji, the new emoticons arriving in 2023. THE GALLERY

I am in everything 49 the mobile phones on which the application will stop working. These are two models of iPhonesseven Samsung Galaxy and other 40 Androidseven from popular brands such as Huawei

WhatsApp, deleted messages can be recovered within 5 seconds

The smartphones on which it will no longer be possible to use WhatsApp are all models that have been launched more or less ten years ago. To keep working the devices must be compatible with the iOS 12 system regarding Apple products e Android 4.1 for android

WhatsApp, the data of 500 million users stolen and sold

How to do polls on whatsapp

Telegram challenges WhatsApp with the latest update: how it works

Then there are the zte Grand S Flex and Grand X Quad V987, theArchos 53 Platinum, theHTC Desire 500, i Sony Xperia Arc S, Miro and Neo L, i wiki Cink Five and Darknight ZT, the Lenovo A820

WhatsApp launches Community: how it works