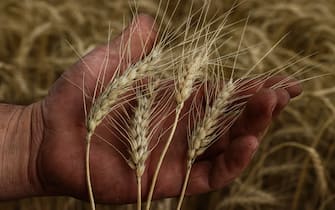 Turn in the Ukrainian grain crisis: today in Istanbul what will be the first real one is signed agreement on the corridors in the Black Sea for the export of cereals from the ports of Ukraine

WATCH THE VIDEO: War, agreement between Kiev and Moscow on wheat

It is also about the first official agreement between Moscow and Kiev since the beginning of the war on 24 February. It is no coincidence that the UN secretary general, Antonio Guterres, will also be present

The Turkish president’s office announced the upcoming agreement Recep Tayyip Erdogangreat mediator of the agreement, which will be signed by the Russian and Ukrainian delegations in the Dolmabahce Palace, on the Bosphorus Strait

That the agreement was in the air was understood since the meeting three days ago in Tehran between Erdogan and the Russian president Vladimir Putinwho spoke of “progress on Ukrainian grain exports”, which he called “a good sign”

All updates on the Ukraine-Russia war

However, Putin himself had stressed that any deal had to include also blocked exports of Russian wheat

Inflation, wheat prices are flying: increased by 6.6% in one day

The Turkish Foreign Minister Mevlut Cavusoglu he had for his part stated that “when we solve this problem, not only will the export path for wheat and sunflower oil from Ukraine be opened, but also for products from Russia”

“The wheat export agreement, which is of fundamental importance for global food security, will be signed in Istanbul under the auspices of President Erdogan and UN Secretary General Guterres together with the Ukrainian and Russian delegations “, said the spokesman for the Turkish leader Ibrahim Kalin

A member of the Kiev delegation for negotiations, Rustem Umerov, said that the shipments could resume from three ports under full Ukrainian control, namely Odessa, Pivdennyi and Chornomorsk

According to estimates, approx 25 million tons of wheat and other cereals are blocked in Ukrainian ports. A blockade that has caused a world food crisis

Even the United States applauds the deal between Russia and Ukraine on grain exports. State Department spokesman Ned Price said. The US welcomes, he points out, any agreement that frees Ukrainian wheat