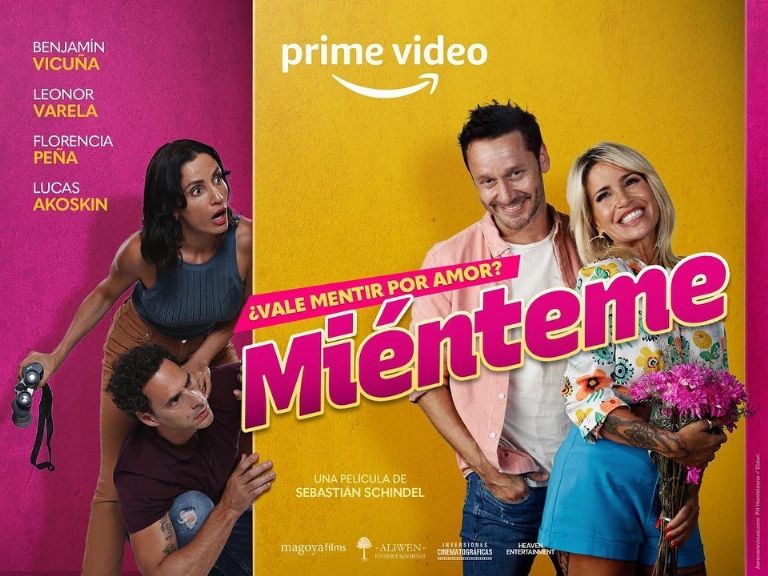 Benjamin Vicuna it is always included in some new project. The actor, although he has his moments of rest with his children, is always doing theater, a novel or (in this case) a movie. It is an Argentine-Chilean co-production produced by Heaven Entertainment, Magoya Films, Inversiones Cinematográficos and Aliwen Entertainment.

‘Lie to me’ is the first comedy by director Sebastián Schindel, who has already worked on productions such as “The boss: X-ray of a crime”, “Family crimes” and “The wrath of God”. In addition to Vicuna, will also work Florencia Peña, Leonor Varela and her husband Lucas Akoskin. Argentine actors Flor Vigna and Luciano Castro will also be part.

The film will be released on September 21 on the platform of Amazon Prime Video and will be exclusive in more than 240 countries and territories around the world. The story centers on Bárbara (Flor Peña), who has never had any luck with men, and her friends Eva and Matías (Leonor Varela and Lucas Akoskin), a married couple in crisis who decide to introduce Julián (Vicuna).

Although the first encounter is a success, the couple discovers that Julián (Vicuna) is an impostor so they must investigate together and unmask Julián’s true life. “In the process, everyone faces lies, their own and someone else’s. Who hasn’t told a little lie to please? Can we forgive the lie in the couple? In short, is it worth lying for love?” reads the official synopsis of the film.

This is the first project that unites Florence and Benjamin on the big screen. The actress spoke about her cast partner, the national actor, and his fame as a leading man: “Whenever I see him I say ‘what did you do now?’. We love him, we send him a kiss. He has a huge heart… He has a heart so big that many enter”.